You are here: Home1 / News2 / International News3 / A step ahead or throwing in the towel? ‘Reifen’ show to abandon Essen...

A step ahead or throwing in the towel? ‘Reifen’ show to abandon Essen 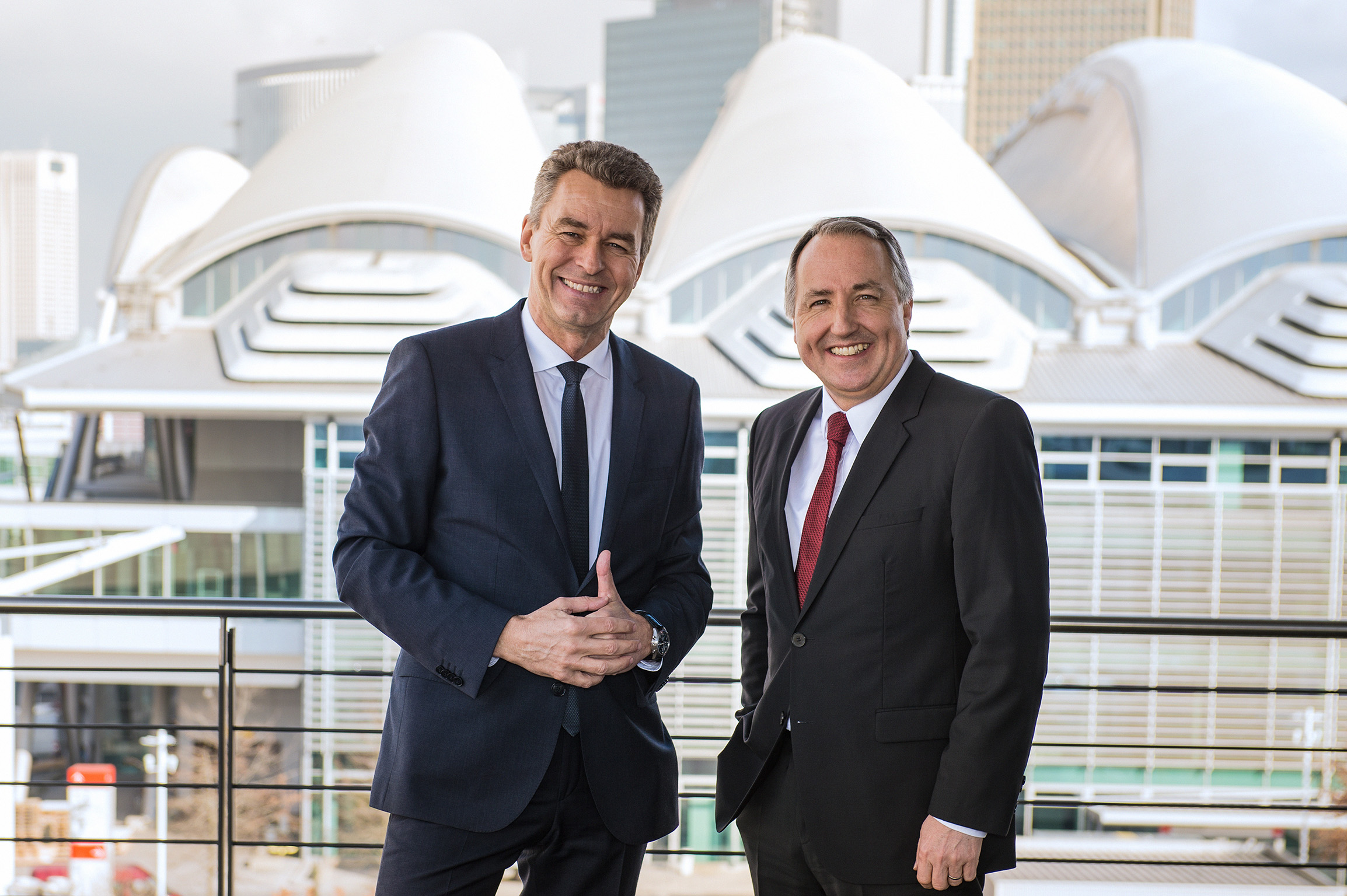 Detlef Braun (left) and Oliver P. Kuhrt see the decision to relocate Reifen as “adding another chapter to the cooperation with regard to the premier global fairs Reifen and Automechanika”

In a move that Messe Essen has described as “trailblazing”, yet may be interpreted by some as a back down in the face of new competitor trade show The Tire Cologne, from 2018 onward the Reifen exhibition will no longer be held in its traditional mid-year time slot or in the German city of Essen. Instead of going head-to-head with The Tire Cologne in the week of 29 May to 1 June 2018, Reifen has been rescheduled to take place alongside Automechanika in Frankfurt from 11 to 15 September. Reifen 2018 will be held in the new Hall 12 at the Messe Frankfurt site.

It seems that Reifen organiser, Messe Essen, views this change of date and location as the best way of securing the show’s future. CEO Oliver P. Kuhrt commented that “for the industry, there will be just this one date in Germany in the future.” Kuhrt added: “Together with Messe Frankfurt, we are bringing the tyre industry together with the automotive aftermarket and presenting its complete process chain. The exhibitors at Reifen will reach even more visitors at the new location in Frankfurt parallel to Automechanika, including the international decision takers from the industry, the garages and the trade.”

“Reifen is supplementing the portfolio of the world’s leading fair brand Automechanika in an ideal way,” stated Detlef Braun, member of the Messe Frankfurt Executive Board. “We are offering the industry common dates and, for the trade and the garage sector, are bundling all the know-how and services in one place. That applies to Frankfurt as well as to our 14 other Automechanika fairs worldwide. The decisive factor for our customers is: As a valuable supplement to accessories and customising product area, where wheels and rims already have their place, we are making the subject of tyres a well-rounded matter.”

By joining forces with Automechanika, Messe Essen believes it is fulfilling the wishes of many specialist tyre dealers – the Reifen organiser notes that their business model is “in a state of upheaval,” with turnover gained through car tyres declining substantially over the last few years. “Car service is regarded as an additional business field of the future, and Automechanika portrays it in a unique diversity and depth.” Frank Mertz, sales division manager at Messe Essen, commented: “The model of the classical tyre fair has functioned excellently in Essen over many decades and we will set standards in 2016, too. However, we will then take the next step together with Messe Frankfurt and open up new subject fields and target groups for the tyre sector. The consolidation of a lot of participants in the market is in full swing. We are making the absolutely clear claim to be the decisive step ahead of any coming changes in the sense of our customers.”