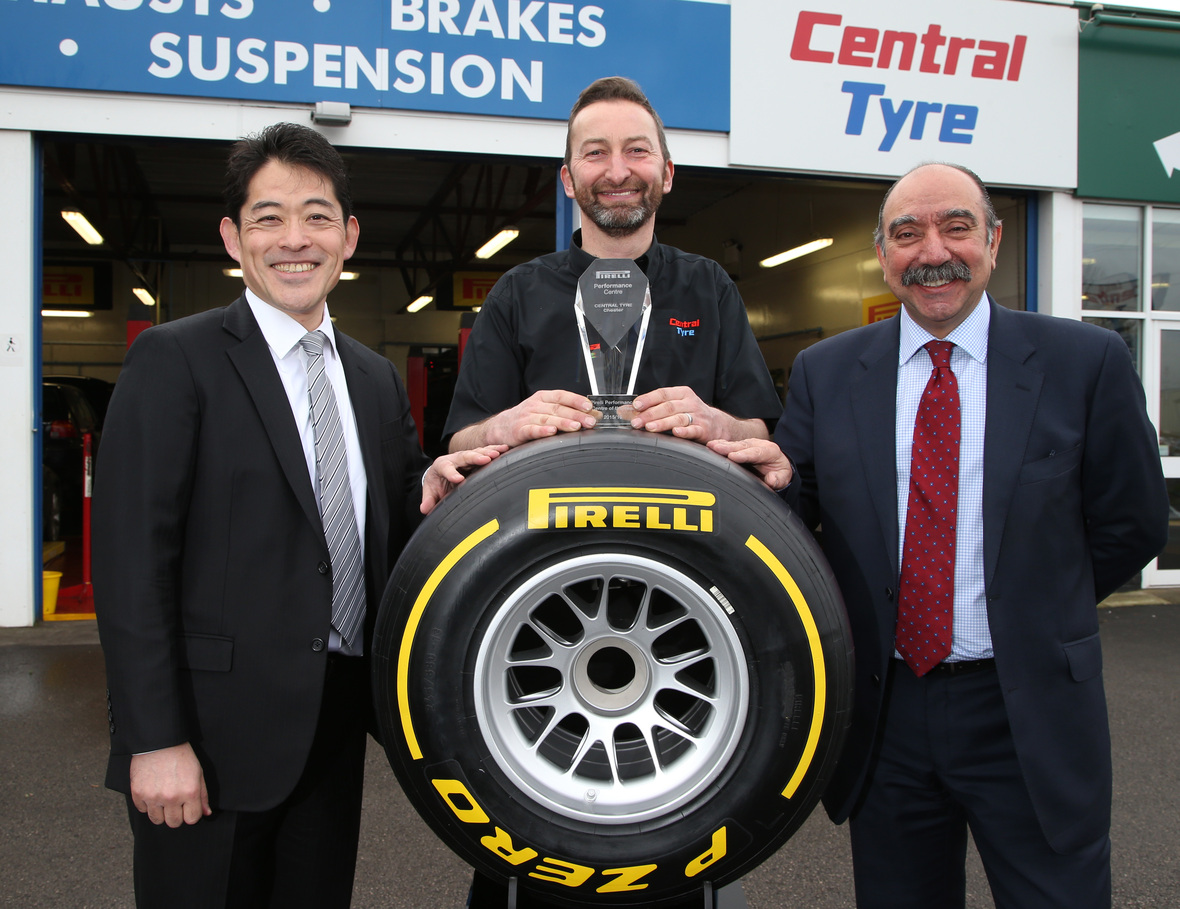 Central Tyre, Chester has been names as the 2015/16 Pirelli Performance Centre of the year. Each year Pirelli awards one of its 107 Performance Centres with the PPC of the year title. To determine the winner 11 top performing PPCs had a video mystery shop exercise, scored by an independent assessor. Central Tyre, Chester achieved a near perfect score and were therefore recognised with the award.

Since entering into the PPC programme in 2008, Central Tyre, Chester has scored consistently well in the technical audit and mystery shopper exercises. Central Tyre, Chester Centre Manager Robert Jenkins said: “I’m delighted we have been named PPC of the Year. We’ve been part of the network for a few years now and have always scored well in the audits so to win PPC of the Year is a great recognition of our commitment to high standards. I would like to thank all the team at the centre for their hard work, and also Pirelli for their ongoing support.”

Pirelli UK managing director Dominic Sandivasci said: “My sincere congratulations to all the team at Central Tyre in Chester. There was some tough competition this year with eleven PPCs making the shortlist having gained Platinum status in the technical audit, making their achievement even more exceptional. It was great to meet the team and congratulate them in person, I wish them a successful year as our PPC of the Year.”