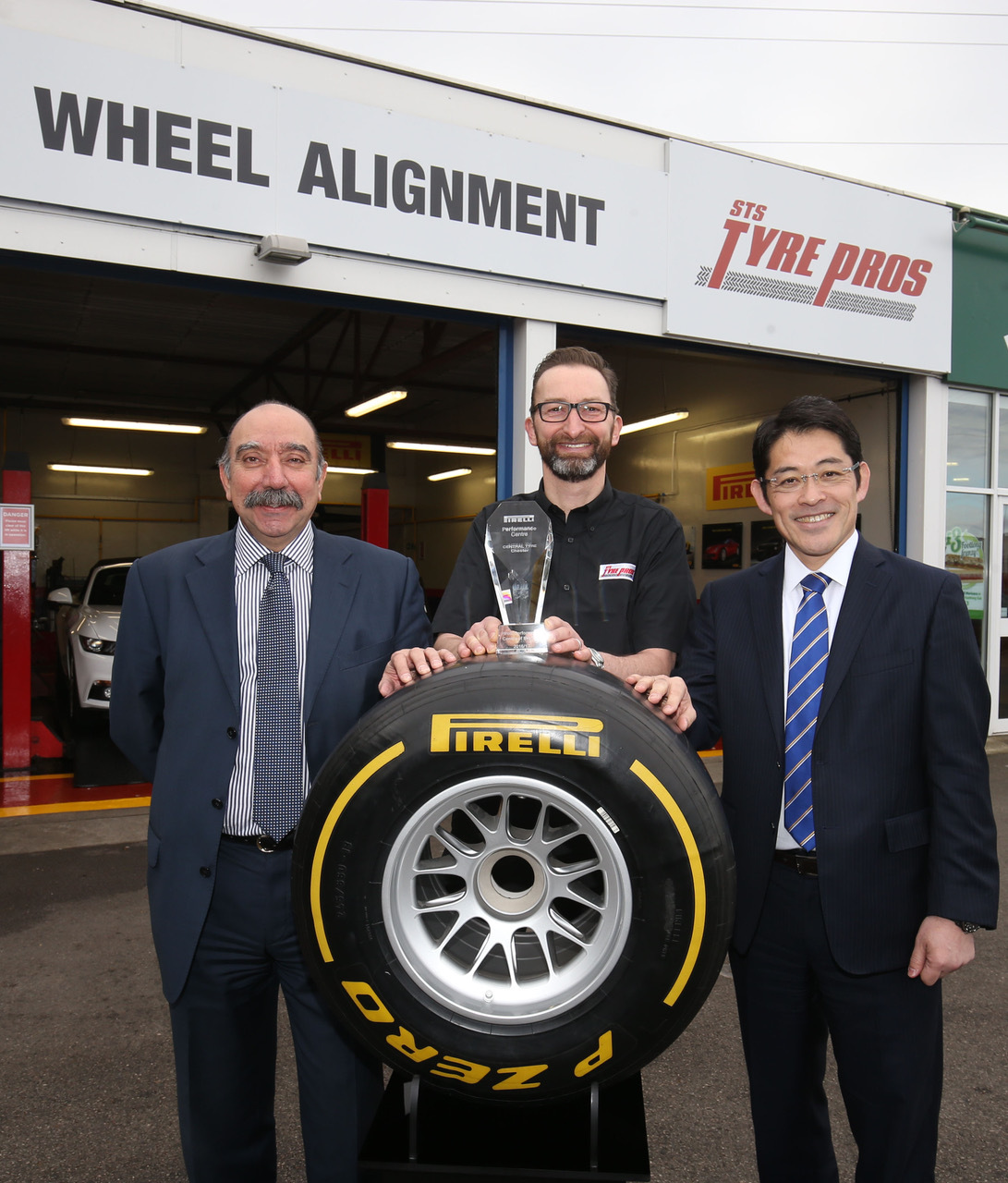 Pirelli has named STS Tyre Pros Chester as Pirelli Performance Centre of the Year. The newly rebranded STS Tyre Pros in Chester (formerly Central Tyre) achieved a near perfect score in its assessment, Pirelli said, presenting the centre with the award for the second consecutive year. Pirelli awards one of its 116 Performance Centres with the title annually, determining a winner by conducting a video mystery shop at the 10 top performing PPCs, which is then scored by an independent assessor.

Since joining the PPC programme in 2008, STS Tyre Pros, Chester has scored consistently well in the technical audit and mystery shopper exercises. Centre manager Robert Jenkins said: “Winning this award for the second year in a row is a resounding endorsement of the effort which the entire centre team puts in every day in order to provide customers with the best possible service and advice. Pirelli’s judging criteria is very strict and rightly so, so it’s really gratifying to be come out on top of all the other centres in the country. We thank Pirelli for the award, and for continuing to support us all in striving forever higher standards.”

Pirelli UK managing director Dominic Sandivasci said: “The PPC of the Year award is something that is very well respected and I pass on my congratulations to the whole team at STS Tyre Pros Chester. To win once is a fantastic achievement, but to win for two consecutive years is something quite special. It goes to show their ongoing commitment to the PPC programme and the level of service they offer to their customers.”