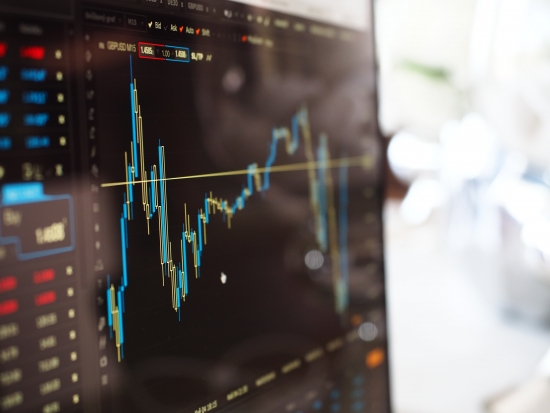 Things are changing so quickly at the moment that most analyses end up little more than speculation two weeks later. That’s why Tyrepress contains both the latest news and seeks to set such developments into their medium- and long-term contexts. Take our Tyre Retail coverage for example (see “2020 UK tyre retail ranking” and “Which garages are open during lockdown“) where we list both the current proportions of open tyre retailers and analyse the overall UK tyre retail landscape in its seven-year context.

However, despite all this change and the wide range of theories associated with them, one thread that keeps appearing in economic and political thought is the concept of the new normal. It’s the idea that things have changed so much as a result of the coronavirus, that whatever happens next things won’t simply be the same as they were before. For example, lockdowns of one kind or another across many European countries mean large proportions of the population have been working online far more than they were before. Does this mean people will see the benefits of such technology and transfer further towards online working in the future?

Continuing the impact of lockdowns, such measures also affect transport data. To cut a long story short, the first month of lockdown has brought the UK to a halt. Specifically, road travel has fallen by up to 73 per cent. However, in the midst of what are thoroughly depressing numbers for the tyre business because miles driven data is a good proxy for tyre usage and therefore tyre demand, there are some notable exceptions. Firstly, while road travel may have fallen up to 73 per cent overall, bus numbers fell by 60 per cent. Better still, truck haulage fell by just 40 per cent. Indeed, in the week immediately before lockdown truck travel increased to 20 per cent above normal levels. Since then general motor travel has recovered slightly and is settling around 60 per cent, which is a welcome improvement from the -73 per cent levels. But the point is that trucks are still rolling in significant numbers and that some of these have been doing increased mileage levels. And therefore, these vehicles will still need the services of the tyre business.

Truck tyre hopefulness is good, but what does the miles-drive decrease mean for the tyre business? As we have seen, it means a demand drop across all market segments. The question is: how much? Here opinions differ slightly. For its part Michelin reported a 15 per cent decline in European passenger car Original Equipment (OE) tyre demand for the month of March. Michelin has the replacement tyre market down 11 per cent in the same period. Meanwhile, Pirelli said it expects full-year 2020 tyre demand to drop 19 per cent overall, with a 21 per cent decline in OE and an 18 per cent fall in the replacement side of things. Goodyear is predicting a an 18 per cent decline. And therefore, predictions of a 15 to 20 per cent decline in tyre demand represent a reasonable consensus. ETRMA’s data, which is derived from a broader collection of tyre makers and focuses on Europe, suggests car tyre demand fell 26 per cent in March. Probably reflecting higher truck miles-driven figures across the continent, ETRMA said truck tyre demand was down 15 per cent in March.

However, a 15 to 26 per cent range doesn’t track with the far higher miles-driven decreases reported in the UK. Neither does it read across to Michelin’s first quarter demand figures in China. Why I am I drawing a comparison with China? Because at the end of March China became the first significantly sized tyre market in the world to have lived under lockdown for a quarter of a year. And Michelin reports that the People’s Republic suffered a 45 per cent drop in OE tyre demand during the first quarter as well as 31 per cent fall in replacement tyre demand.

Such figures are more comparable with branch opening ratios here in the UK where some are reporting 50-70 per cent drop in tyre demand and car tyre retail centres are between 50 and 60 per cent closed (see pages 28, 29 and 30 for more on this).

As we go to press, Germany has begun reopening shops and schools and the British government is ruminating on a possible phased-reopening of education and the economy. Both will inevitably bring with them increases in miles-driven at perhaps higher pro-capita rates than before lockdown due to people avoiding public transport. But is this the new normal? It is too early to say. However, it does make the 15 to 26 per cent range of tyre demand decrease estimates look sensible, if not conservative.