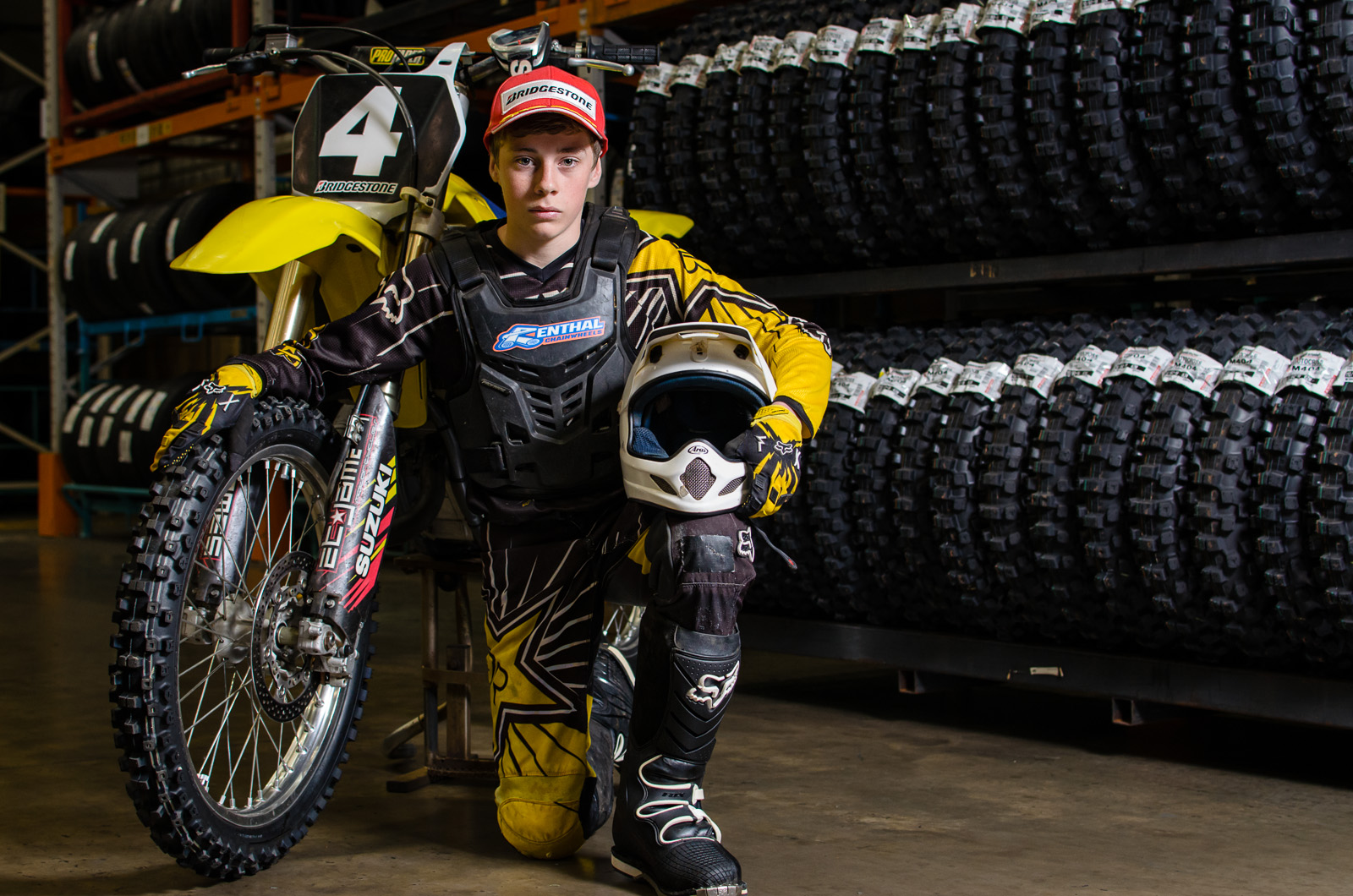 Tyre manufacturer looks even further to the future in additional support of 10, 13-year-olds

With form, fitness and all manner of other factors to consider, sponsoring an emerging sports star is never an easy task. Yet Bridgestone is positive its decision to back four blossoming motocross stars is paying off. Rob Yates (17) and Jack Timms (20) are currently first and second in the Bridgestone-sponsored British Schoolboy Motorcycle Association (BSMA) Clubman’s Series. The tyre manufacturer says their outstanding performances are currently turning heads as the season reaches its halfway stage, vindicating the decision to single them out in a strong field.

With this in mind, expecting third and fourth youth sponsorships to flourish could be bordering on the greedy, but 10 year-old Morgan Evans and 13 year-old James Hanscomb are keeping the programme’s hit rate high. The former finished second in the prestigious Arenacross series – at venues including Wembley Arena – he has now been selected to ride in the World Championships in Spain later in July. He also has a 47 point cushion in his class of the Bridgestone Clubman’s Series.

Hanscomb is boasting the Bridgestone branding after catching the eye while riding at the Apex track in Worcester, where the tyre manufacturer officially launched its X30 and X40 products in February. The pocket-sized Herefordshire teenager is proving that appearances can be deceptive with a hugely encouraging showing in the BYMX series in 2015, to belie his small stature.

Bridgestone’s training development manager Mark Fereday made the decision to sponsor the starlets. “I can’t take any great credit for sponsoring Jack, Rob, Morgan and James. Some lads have a touch of class about them and an ability that stands out above the rest.

“You can see this in the four lads from the moment they enter the first corner. It was an easy decision to back the riders and to see them doing so well this season is a wonderful sight.”

All four riders are backed with a supply of Bridgestone Battlecross & M Series MX tyres along with branded clothing, and their exploits have already generated sales leads from other riders, who want to know where they can get their hands on the same product.

Fereday added: “Like any sport, it is impossible to guarantee success in motocross, not least when the implications of falling or crashing are so serious. Thankfully, injuries have not been a factor and the boys’ abilities have continued to shine. Seeing Jack and Rob tussling for first place in the Clubman’s Championship is great, while Morgan’s progress is just frightening. Meanwhile, we really think that James is one for the future and boasts all the attributes to be a real star.”

Morgan’s father, John was grateful for the Bridgestone backing and is already packing his suitcase for a trip to Madrid, where the world championships await: “I’m so proud of all that Morgan is doing. I work hard seven days a week to be in a position to support him and all I ever ask of him is to try his best. He is keeping up his side of the bargain and we’ll keep supporting him for as long as we can.”

Jack Timms, from Gloucester, is also eyeing honours as the second half of the season kicks into gear. “I’m 18 points behind Rob in the BSMA Clubman’s Series and I feel that my pace is improving all the time. And as for the tyres…They really are exceptional. I wouldn’t swap them for anything else and it seems that other riders are following suit, due to the way they perform out on the track.”

Yates’s dad Tony was also a proud father as he reflected on the 2015 to date, where Rob is lying fourth in the youth category of the British Championship, along with top spot in the Clubman’s. “He has moved onto the 250cc bike this year and he has taken to it really well. There is a long way to go but Rob is doing all the right things to give himself the best opportunity. He is cycling to the gym, building up his strength and working hard to be the best he can be, come race day.”

Hanscomb’s father George said: “We’re thrilled with the backing from Bridgestone and it bodes well for the future. We’ve always said that this is where it all starts for James. There are lads up to the age of 16 competing in the series so it is tough for him, but there have been a number of promising performances which James can build on.”