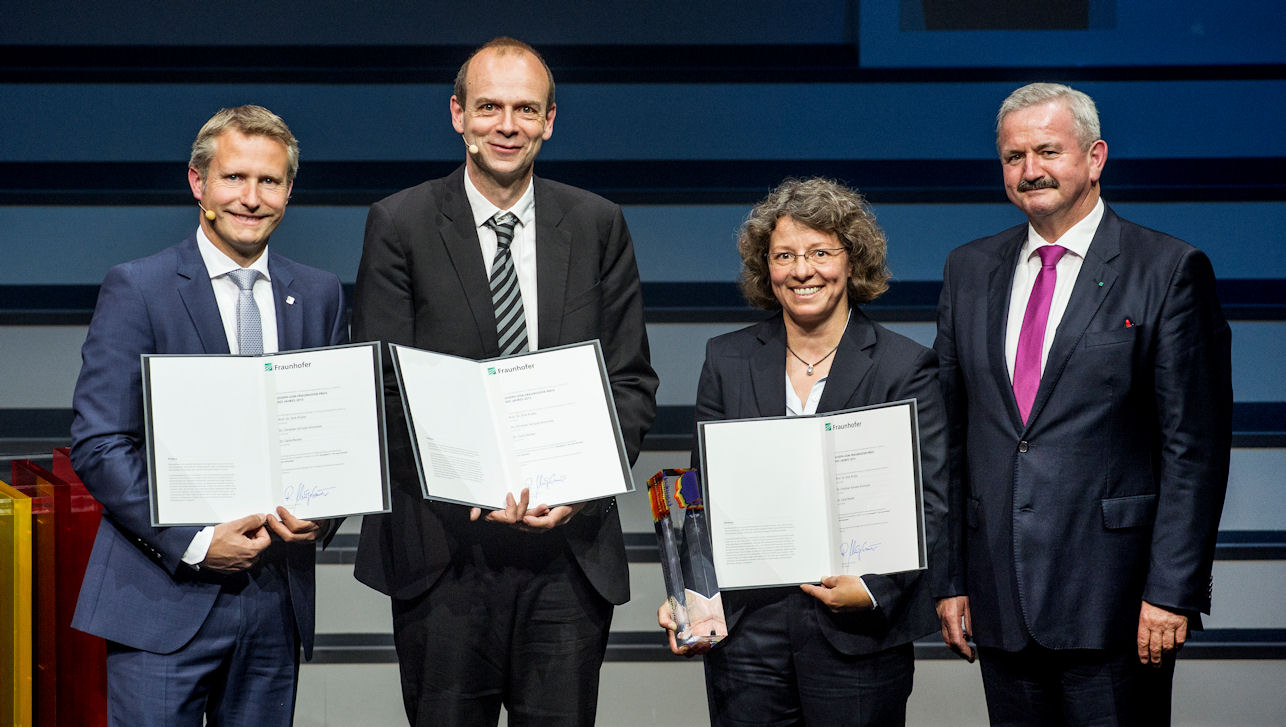 For a number of years, Continental’s Tire division has collaborated with the Fraunhofer Institute for Molecular Biology and Applied Ecology (IME) in Münster, Germany and the University of Münster’s Institute for Plant Biology and Biotechnology (IBBP) to develop rubber from dandelions that is suitable for series tyre production. The scientists heading the ‘Rubin – Industrial Emergence of Natural Rubber from Dandelion’ project have now been awarded the Joseph von Fraunhofer Prize for their research into Russian dandelion and the development of prototype passenger car tyres that used dandelion-derived rubber. The award was presented yesterday in Wiesbaden, Germany, to IME’s Professor Dr Dirk Prüfer, IBBP’s Dr Christian Schulze Gronover and Continental’s Dr Carla Recker.

“The objective of this joint project is to develop a procedure for the industrial use of dandelion as a source of rubber. In agricultural terms, it is an undemanding plant, even in the northern hemisphere, and can be cultivated on land not suitable for food production. This means that rubber production is conceivable near our tyre factories, for instance, and the significantly shorter transport routes would also reduce CO2 emissions,” commented Dr Recker, who heads the Continental team involved in the development of this promising material.

“During our research, we have discovered which genes promote rubber production and which ones hinder it. We were able to use this knowledge to develop plants that produce twice as much natural rubber. We also managed to extract several kilos of dandelion rubber with a small pilot system. This opened up prospects in terms of scaling up industrial production to the level of tons,” shared Prüfer and Schulze Gronover at the award ceremony. Recker added: “We are honoured to receive this prestigious award for our joint project. It will make tyre production even more environmentally friendly, without compromising our high quality standards or losing out on performance.”

The researchers announced in October 2013 that they were “on the verge of a breakthrough”, having identified which gene in the Russian dandelion is responsible for which molecular property. The first winter tyres containing rubber sourced from the plant were tested the following July, and in September 2014 Continental announced the brand name it will bring tyres containing the rubber to market under – Taraxagum. Both summer and winter tyres have now been tested, and Continental reports that tyres made from dandelion rubber “show an equivalent property profile” when compared with tyres made from conventional natural rubber from the rubber tree, Hevea brasiliensis. The tyre maker intends to bring Taraxagum tyres into series production in five to ten years.