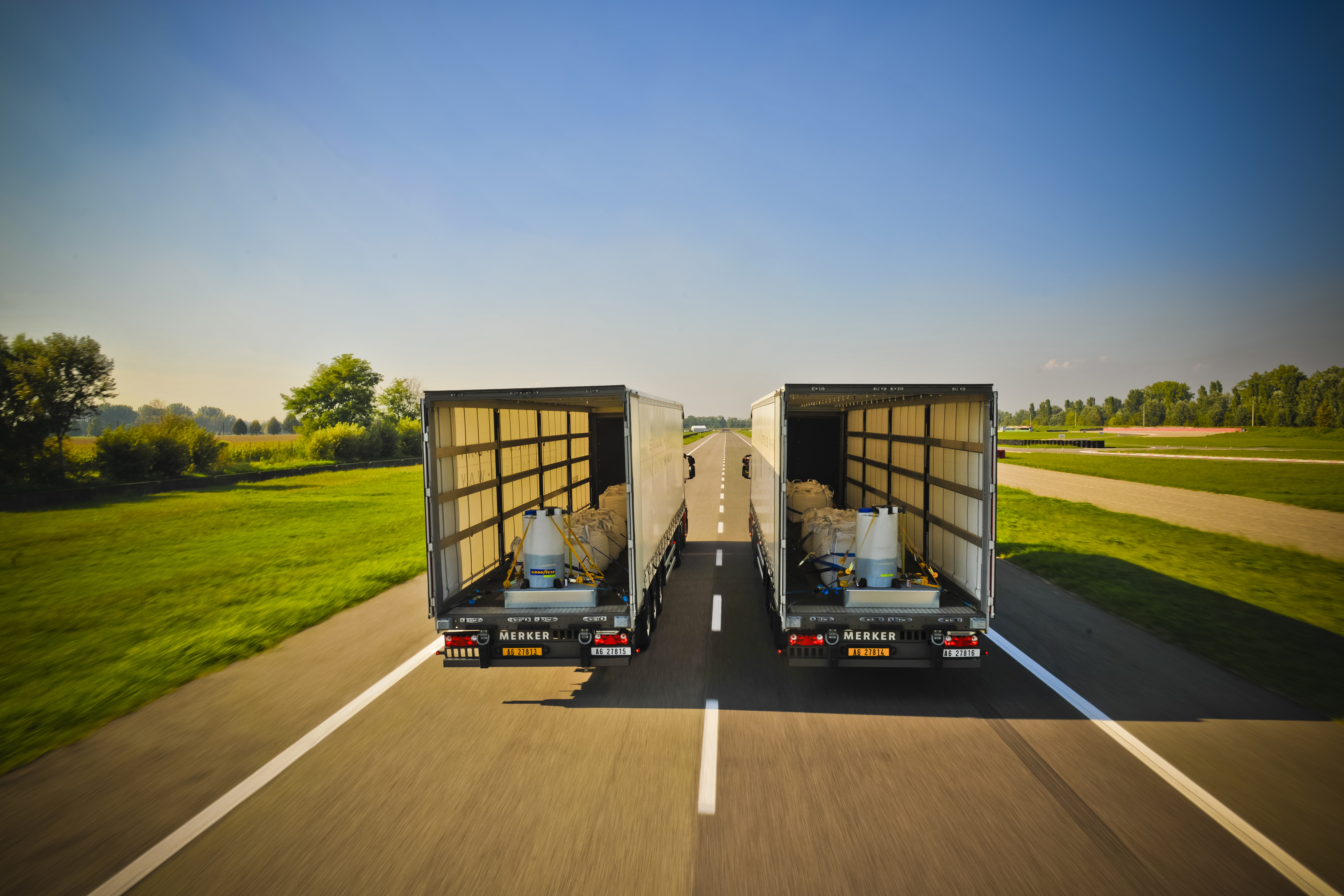 Netherlands based transport company, Snel Logistic Solutions has completed an internal trial on Goodyear’s Fuelmax range of commercial vehicle tyres. Initial internal results have revealed that tractors fitted with the tyres save one litre of fuel per 100 kilometres compared with the other tyres in the test. Goodyear has been competing hard to win fleet business since the launch of its latest commercial vehicle tyre lines, FuelMax and KMax, resulting in its deal with UK market leader Eddie Stobart in 2014. A year ago Goodyear announced that the FuelMax S had become the “first” steer position truck tyre to attain A-graded fuel efficiency on the EU tyre label.

For the trial, two tractors of Snel Logistic Solutions were equipped with Goodyear Fuelmax S on the steer axel and Fuelmax D on the drive axle and two tractors with another premium brand. Since February 2014, each vehicle has covered approximately 145,000km and the first results measured by the fleet speak for themselves.

“To be clear, the test is still running and we will judge the results at the end when we have an understanding of the total cost,” says Peter Snel, fleet manager at Snel Logistic Solutions. “But what is true so far is that the trucks with the new Goodyear tyres are best with regard to fuel consumption in this test. The difference is quite significant, with the Fuelmax our tractors are consuming on average one litre less of fuel per 100 kilometers. In that respect it looks good for Fuelmax.”

Goodyear calls Snel Logistic Solutions a forerunner in the field of innovation and quality. It uses new vehicles and utilises sophisticated internal and external monitoring procedures. Goodyear added that the route between Spa and Weert was equally important for the test.

“Our office in Weert is the Dutch distribution centre for the Spa brand. We have a special shuttle operation comprising four trucks (Scania R400 with Euro 5 engines). Every day the vehicles travel between the two locations, always using the same route with the same drivers. In short, it is the ideal test scenario. It is also recognized as such by truck manufacturers, who have asked us to test their Euro 6 vehicles,” explains Peter Snel.

Snel Logistic Solutions focuses primarily on fast moving consumer goods. It employs 200 drivers, and aims to help customers reduce their costs from the start of production to the delivery of the finished goods. “Our own costs have been largely kept under scrutiny and optimised where possible. One big advantage we have is the driving module in our on-board computer. This is a constant resource to help optimize driving and it allows us to closely follow the drivers’ driving styles,” said Peter Snel.