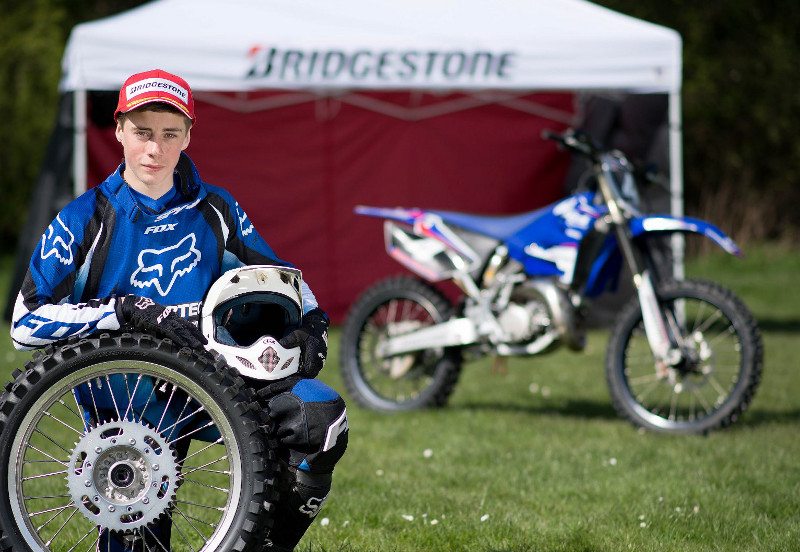 Bridgestone has renewed its sponsorship of 16-year-old Redditch rider Rob Yates, following his “breakthrough” year of 2013. Bridgestone training development manager Mark Fereday predicted that Yates is “destined for greater things in the years ahead.” The tyre brand will supply tyres and clothing as Yates competes in such competitions as the GT Cup and British Schoolboy Motorcycle Association championships. Fereday added: “We are delighted to put our name alongside a local lad for another year with a huge level of potential.”

Yates started riding as a five-year-old, moving up from 50cc to 125cc bikes and is now enjoying a successful season against far more experienced opponents on tracks around the UK. He currently lies in second place in the GT Cup and fourth in the BSMA championship.

His father Tony, who travels around the country supporting his son, said: “He has lifted his game to another level with Bridgestone’s support. The endorsement arrives with a lot of kudos and represents a high profile deal.

“Rob is winning his fair share of races right now, but it is a long road ahead. I look at some other sports and I think ‘wow’, those sportsmen and women have progressed so quickly. Rob is only 16 and when looking at other high profile motocross riders who have enjoyed success, I’d say 22 to 23 is when things could begin to happen.”

Yates’ 2014 successes have come in competition with some uncompromising adult riders, some of whom give him a hard time for being so quick so soon. “They don’t like it so much when they see Rob doing well,” Tony added. “That’s understandable in many ways, but it is important to keep Rob focused and out of trouble.”

Rob Yates added: “It means a great deal to be wearing the Bridgestone badge for another year. It is a brand known all over the world and is steeped in motorsport prestige. It has certainly given me a boost and an extra incentive to be as successful as I can.”