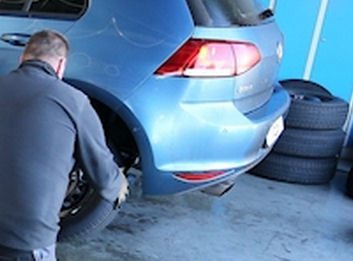 Motorwelt, the members’ publication of German motoring organisation the ADAC, always held a prominent position amongst magazine tyre tests. Whether this will change due to the recent scandals remains to be seen. But in its recently-published summer tyre test, the organisation states in bold that it doesn’t collude with tyre makers in any way, shape or form: “For more than 40 years the ADAC has tested tyres – neutrally and independently”. For this latest test, the ADAC tested dry weather characteristics at Bridgestone’s European Test Center in Italy and wet weather characteristics at Continental’s Contidrom facility. While the German tyre maker’s EcoContact 5 and the Bridgestone Ecopia EP150 were respectively the top and fourth-rated of the 16 size 175/65 R14T tyres tested, in the size 195/65 R15V test Bridgestone only managed 12th place out of 17 with its Turanza T001, while Continental’s PremiumContact 5 ended up one position lower. If the tyre makers did have a hand in manipulating test results for the 15-inch tyres, they didn’t do a very good job of it.

Gebhardt to exhibit at Reifen 2014