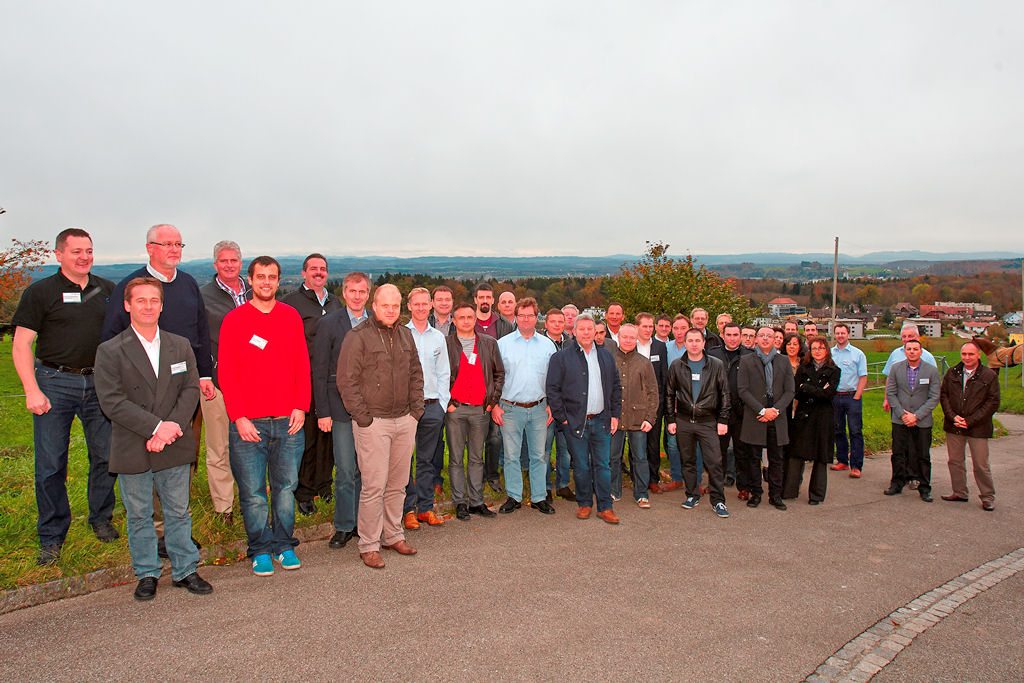 Attendees at the Starco distributor day

To mark the completion of Swiss company Gebrüder Schaad into the Starco organisation, the new entity Starco GS held a distributor day earlier this month at the company’s facility in Sübingen, Switzerland.

This month’s launch of the new Starco GS entity heralds a new era for the Swiss company; Starco looks forward to combining the Swiss firm’s engineering excellence and unique product range with its own global distribution and logistics resources. Starco says the establishment of Starco GS further strengthens its position in the agricultural and industrial special wheels sector.

Starco’s links with Gebrüder Schaad date back to 1985, and in 2007 Gebrüder Schaad began to be merged into the Starco Group, giving Starco customers worldwide access to the unique Schaad agricultural dual wheels product range. As part of a gradual takeover agreement, the company’s founding brothers Fritz and Rudi Schaad have continued to support the company’s development and its integration into the Starco organisation. Starco GS is now led by managing director Sven Holmes.

The distributor day in November served as an opportunity to present the company’s new business image to Starco distributors in the European, Russian and African markets; the operation’s new management and sales teams were introduced to the wider company, as was the Swiss manufacturing facility. The Starco GS distributor day will become an annual event that the company and its distributors will use to continue to develop and present new products and to ensure continued growth in market share and customer service.

Further information about Starco GS can be found at the new gs.starco.com website.

Capacity increase for Yokohama in Thailand