You are here: Home1 / News2 / Editorial/Comment3 / Our growing digital archive led to some blasts from the past

Our growing digital archive led to some blasts from the past 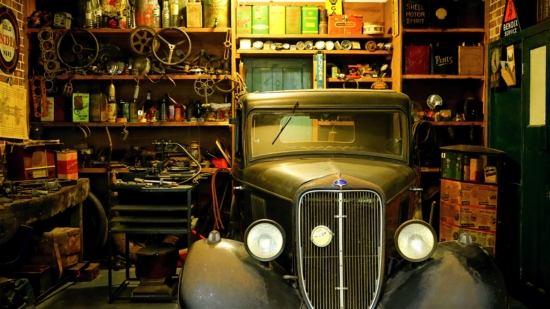 Earlier this year a retired tyre industry veteran got in touch to ask if we wanted any of his old copies of Tyres & Accessories. While our archives stretch all the way back to our first edition in 1946, outside the British Library there were some gaps in the first couple of decades. So, we jumped at the chance. The offer of vintage editions from the swinging 60s also comes at a time when we are working hard on digitising our back catalogue. So far, the 132 copies going back to 2010 have been through the process and are now available online. And the first decade of the millennium (2000 to 2010) is also well underway. From here, the goal is to work back in time until we have a full complement. So, should you want to look into the history of your company or find out what happened in the tyre business on an important date such as an anniversary – our digital archive will be there to help you reminisce. And if there is a particular historic article you think we should digitise sooner rather than later, please get in touch via theeditor@tyrepress.com to let us know which edition we should transfer to the digital realm and why.

Once the old copies arrived, reading through our pages showed just how much has changed in the last 50 years. And how much has stayed the same! Quite by chance, the first edition I picked up contained an article introducing The Honshu Rubber Company Ltd’s plans to bring the Yokohama tyre brand into the UK. According to the January 1963 edition, “The Honshu Rubber Company Ltd. announce, from their London headquarters, that their Yokohama Tyre concession should be well established during the coming months. They report that shipment arrangements from Japan have now been finalised and production there has also now been geared up to accommodate anticipated demand in the UK.” That Tyres & Accessories article and an editorial on a related subject within the same issue sought to counter unfounded stereotypes about Japanese quality and methods of business. Now, there is no question about the quality of Japanese-produced tyres whatsoever. Rather, being made in Japan stands for quality and there are tiers and tiers of tyres made in non-Japan markets that are striving to do what Japanese tyre manufacturers have done in the last few decades.

In that relatively short space of time (certainly compared to some of the oldest brands which have been sold on these shores for twice as long) Yokohama has become one of a small number of leading global brands, with its tyres being fitted on some of the best-known luxury vehicle brands and with its products rated in the top levels, according to European Tyre Labelling standards and other metrics. At the same time, Yokohama has established a growing specialism in the off-the-road market as well as a platform for further growth. The rest, as they say, is history.

At the other end of the spectrum, this month’s Tyres & Accessories takes a closer look at the Online Tyre Business, an increasingly important part of the industry, which is becoming more and more multi-faceted in its impact. The Online Tyre Business feature pays particular attention to the importance of Search Engine Optimisation when it comes to selling tyres on the Internet. Such language may sound like overly technical jargon, but the fact is that before the pandemic 60-80 per cent of tyre buyers did online research before they purchased new tyres. At the same time, the latest data suggests that the volume of tyres bought online is also up. However, whether or not the number of transactions is up, there is no denying the importance of pre-sale research. And where do consumers find the tyre information they are looking for online? Mostly via search engines.

We are also featuring Tyre Wholesale in this month’s magazine. The UK already has a continent-leading tyre wholesale market in terms of its depth and competitiveness. But it is also fast becoming one of the most technologically advanced as well. Find out more about Magowan Tyres’ pioneering paperless distribution centre on page 12. Meanwhile, the wide-ranging and detailed coverage of the latest UK and European tyre wholesale news in our Tyre Wholesale feature contains articles including: Up-to-date analysis of the impact of container shipping costs on tyre wholesaling as well as an interview with Micheldever Tyres Services’ wholesale director Graham Mitchell. Turn to page 36 now to start reading this month’s Tyre Wholesale feature.