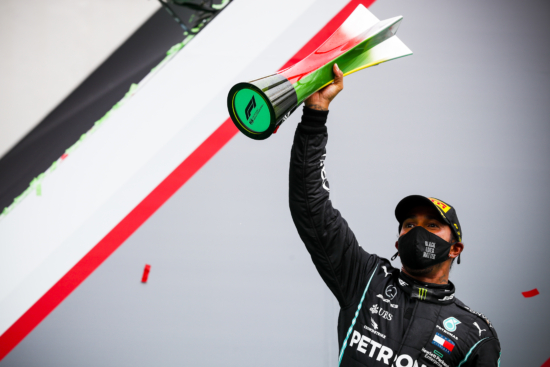 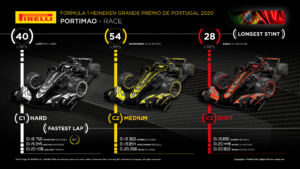 Pirelli has paid tribute to Mercedes driver Lewis Hamilton after he became the most successful Formula 1 driver of all time. Hamilton registered his 92nd career grand prix win with a one-stop medium-hard strategy in Portimao, Portugal. Mario Isola – head of F1 and car racing at Pirelli said the sport was “privileged to witness history being made.” Hamilton completed 45 consistent laps (40 in race plus five in Q2) on the P Zero Yellow C2 compound before completing the race on the harder P Zero White.

All three compounds performed well despite the big challenges of the weather and the track, Pirelli said. Renault’s Esteban Ocon racked up 53 laps on it, while Hamilton’s Mercedes teammate, Valtteri Bottas, who finished second, ran an identical strategy. Behind them was plenty of variation in strategy, with four different strategies in the top 10. Most drivers stopped once but there were five two-stoppers – three of them using all three compounds – including Racing Point’s Sergio Perez, who finished seventh despite having to stop on lap one following some contact. The weather remained quite cool for most of the day, with track temperatures in the region of 25 degrees centigrade and a few drops of rain just after the race start, as well as towards the end of the grand prix. 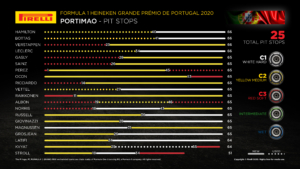 Pirelli detailed the usage of each compound. The P Zero White C1 hard tyre was used by the Mercedes drivers for the second stint. After two laps’ warm-up the tyre provided strong performance. Hamilton set his fastest lap at the end of the race. Haas driver Kevin Magnussen was the only driver to start on the compound.

The P Zero Yellow C2 medium tyre played a key role in the race. It was used to set pole and chosen by just over half the drivers to take the start. The tyre was capable of some very long stints, providing an excellent balance between performance and durability combined with great consistency.

The P Zero Red C3 soft compound also demonstrated pace as well as consistency: McLaren driver Carlos Sainz used the instant speed of the red tyre to take the lead at the beginning of the race, with Pierre Gasly (AlphaTauri) completing 28 laps on it.

Isola added: “We’re very happy with the performance of all three compounds on a demanding circuit that the teams didn’t know well; also having had reduced running in free practice. Despite this, all three compounds showed both speed and durability, with a wide range of different strategies. Conditions today were tricky with reasonably cool track temperatures and even a bit of rain, but that didn’t prevent us seeing some impressively long stints, particularly on the medium tyre – which was clearly the one to have, as it also set pole. Congratulations to Lewis Hamilton for his incredible record: we’re privileged to witness history being made.” 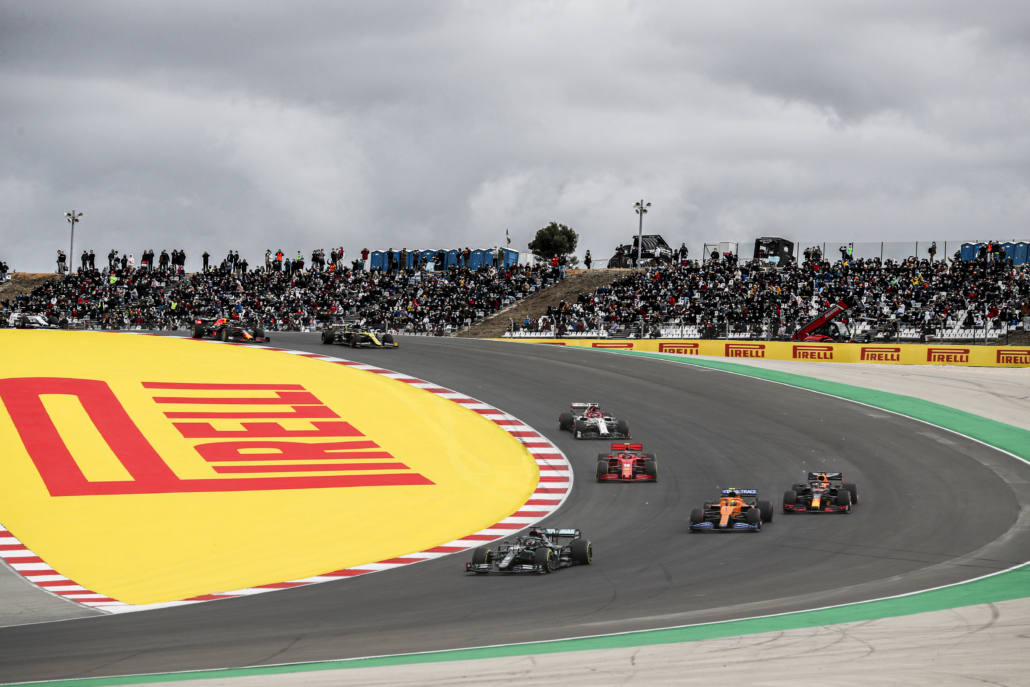