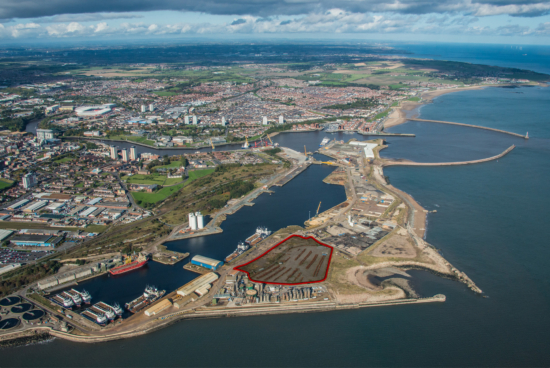 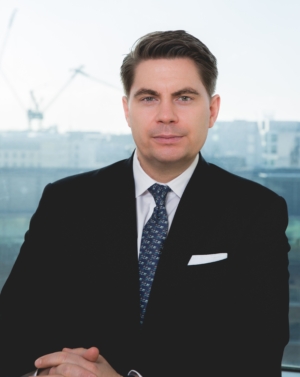 Norwegian waste tyre recycling company Wastefront has chosen Port of Sunderland as the location for its first plant. Construction will begin in 2021. The company says that on completion it will be “the greenest waste tyre recycling plant in the UK.” The plant will convert locally-sourced End-of-Life Tyre (ELT) waste into useful commodities, including liquid hydrocarbons and carbon black, which can then be reutilised in processes such as alternative fuel or ground rubber manufacturing. The construction of the plant is expected to generate around 100 jobs in the region and, once fully up and running in the second half of 2022, the plant will employ up to 30 people full time. It is estimated the investment will be around £25 million.

Christian A Hvamstad, Wastefront’s director, chief strategy officer (CSO) and co-founder told Tyres & Accessories about the choice of Port of Sunderland as the site for its first waste tyre recycling plant. T&A asked whether the location implied the plant was looking to use an international approach upstream or downstream. Hvamstad said: “We have chosen a port city in order for the plant to have options for both upstream and downstream, and to reduce the need for excess logistical input to ensure efficient operation. We are working toward ensuring local feedstock, as shipping waste across the globe is naturally neither efficient or sustainable.

“With regards to our downstream; the products we will be producing are all commodities that can be sold globally and, as such, the ease of loading and shipping, as well as access to continental Europe in particular, has been an important consideration.”

T&A also asked whether the plant would offer the chance to import waste tyres for processing in the UK. “We are developing a solution which is geared towards solving the problem of waste tyres in a local capacity. We do not think that importing (or exporting, as the UK currently does) is a sustainable, or an efficient way to deal with that problem.

“The UK has a substantial amount of waste tyres generated every year (~600kt), a significant proportion of which is exported to India. We are going to provide a local, sustainable solution capable of absorbing the waste where it is generated.”

A 3D rendering of the Wastefront plant site (Photo: Wastefront)

Wastefront recently received funding from the Norwegian state-owned company and national development bank, Innovation Norway and it is supported by government agency, The Research Council of Norway (Skattefunn). The company will be raising investment from UK, Nordic and International investors in Q1 2021, in order to facilitate the construction of the plant.

The plant will at full scale include 12 pyrolytic reactors. The thermal decomposition technique breaks down a tyre’s materials at elevated temperatures. By sending tyres through pyrolytic reactors with a catalyst, Wastefront converts disused tyres into liquid hydrocarbons, carbon black and heat.

The full-scale plant will have a daily capacity to process 180 tonnes of ELT waste, and to produce 60 tonnes of carbon black per day (the chemical building block in many products such as tyres and plastics, water filtration, printer ink, paint, even toothpaste and cosmetics). In addition, the plant will be able to produce 90 tonnes of liquid hydrocarbons per day, which can be refined to produce sustainable fuel products, such as ethane, propane, butane, diesel and gasoline, all of which are versatile products commonly used in nearly every end-use sector, including residential, commercial, industrial, transportation and electric power. The heat generated from Wastefront’s processes will be repurposed locally within industry or can also be used to heat residential homes.

Wastefront’s plant will be the first to combine conventional methods with the company’s own proprietary technology, which will minimise the environmental impact typically associated with traditional tyre pyrolysis. The company’s pyrolytic reactors comply with all local environmental regulations and the technology complies with the emissions levels and specifications established by the European standards. The gas purification system removes pollutants, organic compounds and harmful solid particles without releasing unwanted by-products into the environment.

Hvamstad also has links to the city, as an alumnus of University of Sunderland. “The construction of our first ever plant with the Port of Sunderland marks a huge step in Wastefront’s efforts to combat the global issue of ELT waste.

“Our ambition is to create a new circular economy for dealing with waste issues, and a crucial element of sustainable waste handling is to be able to do so locally. Wastefront’s first plant in Sunderland will represent a valuable contribution to a cleaner future by dealing with a specific waste problem, where end-of-life tyres no longer end up in landfills in overseas countries, but instead are converted into useful commodities that can be used within the region.

“The UK is a global centre of industry which we want to be a part of, while Sunderland is the ideal location for our first plant due to geographical location, access to feedstock, strong local support and Sunderland’s history as an industrial city.”

Port of Sunderland is currently undergoing a major transformation bolstered by an £8.2 million investment, after areas of its estate were granted Enterprise Zone (EZ) status in 2017 – with a key aim of attracting new investment – and Wastefront is the latest in a string of businesses to invest in the North Sea hub.

“Port of Sunderland is currently undergoing a major transformation, with over £8 million being pumped into improving its roads and infrastructure, and the decision by Wastefront to invest in the port shows just how much confidence this is breeding among our stakeholders and the wider market.”

Wastefront was founded in Oslo in 2019 by its CEO Inge Berge, CSO and Director Christian Armand Hvamstad (an alumnus of University of Sunderland), and CFO Vegard Bringsjord.