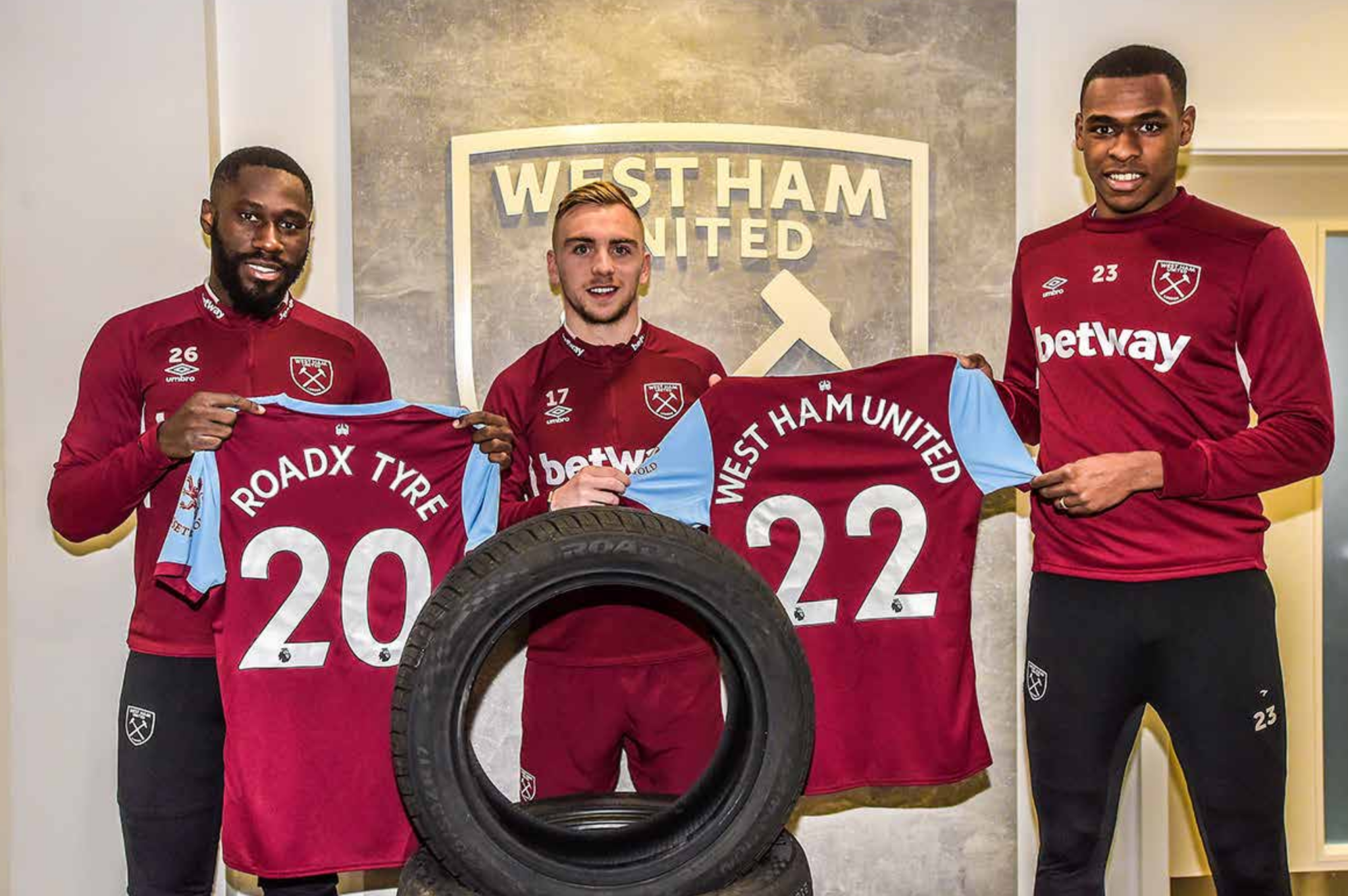 RoadX is the official tyre partner of West Ham United

Sailun global brand RoadX Tyre has become the official tyre partner of West Ham United Football Club, in a three-year deal. RoadX was launched in 2019, with car and commercial products focusing on comfort and durability. The brand is linking its recent foundation to West Ham’s reputation as ‘The Academy of Football’, with a youth development system that has forged the talents of many future stars.

West Ham United’s chief commercial officer, Karim Virani said: “We’re really pleased to start our partnership with RoadX Tyres and look forward to working with them as they grow in their market. With RoadX Tyres being part of the Sailun Group in China, it is an absolute honour and privilege to be associated with such a prestigious and highly recognized organization.”

Janis Amolins, RoadX Tyre’s sales director for Europe, stated: “This is an exciting prospect for us. As a new brand in the market, we wanted to partner with a team that is in the biggest league in the world and has one of the biggest fanbases out there. We are thrilled to partner with West Ham United for the next two years and look forward to engaging with their fans around the globe.”