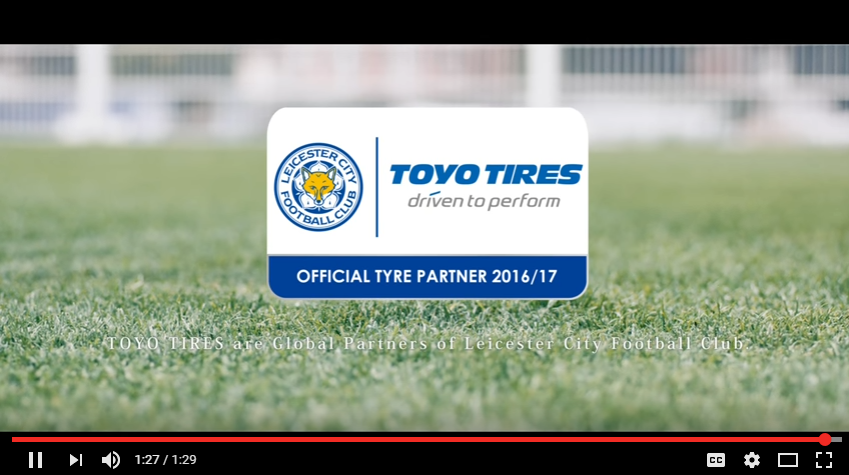 Last season, Leicester won its first Premier League championship since the team was founded in 1884 in something of a fairy-tale season that no-one saw coming. City-wide celebrations saw 240,000 club supporters out of a total population of 300,000 gather for the team’s victory parade.

The video’s theme is “Surprise Again” and it showcases the aspirations of the manager and players. According to Toyo representatives: “Leicester’s insatiable energy and spirit of challenge meshes with the worldview of the Toyo Tires brand, which prompted the company to conclude a sponsorship agreement with the club for a third season.”