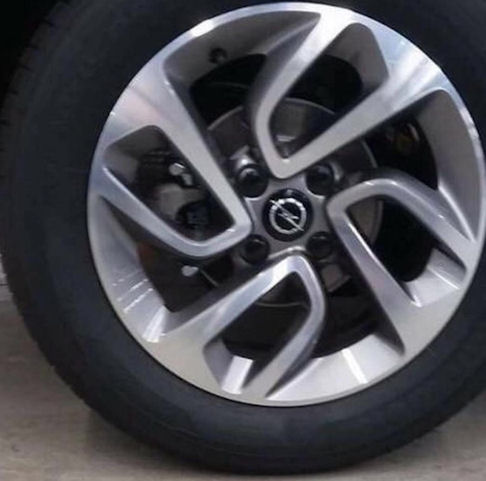 Look hard and you just might see a swastika (Photo: Imgur)

The perfect wheels for drivers who give way to the right? It’s most certainly unintentional, but some who look at the rims fitted on one particular SUV model see something surprising. To be precise, they see swastikas.

German news site Express.de received a photo from a reader in Cologne who said he was stunned to recognise the reviled symbol in 16-inch alloy form on an Opel Crossland X. The publication concedes that you’ll only see the swastika within the design of the SUV’s rims if you’re looking for it. “But once you’ve seen it, never again will you not see it,” it adds.

The rims in question are fitted as standard equipment on Opel and Vauxhall Crossland X models delivered with 195/60 R16 tyres, and the manufacturer is aware of the hidden swastika issue. A spokesperson from Opel told Express that “there is no similarity in our point of view, nor is one in any form intended.”

This isn’t the first time the car maker has been questioned about the rims, either. Comments on the subject have circulated since the SUV’s introduction in 2017, and Express writes that one car sharing company based in the German city of Essen, Stadtmobil Rhein-Ruhr, even cancelled its order for further vehicles after receiving a model fitted with the 16-inch rims.