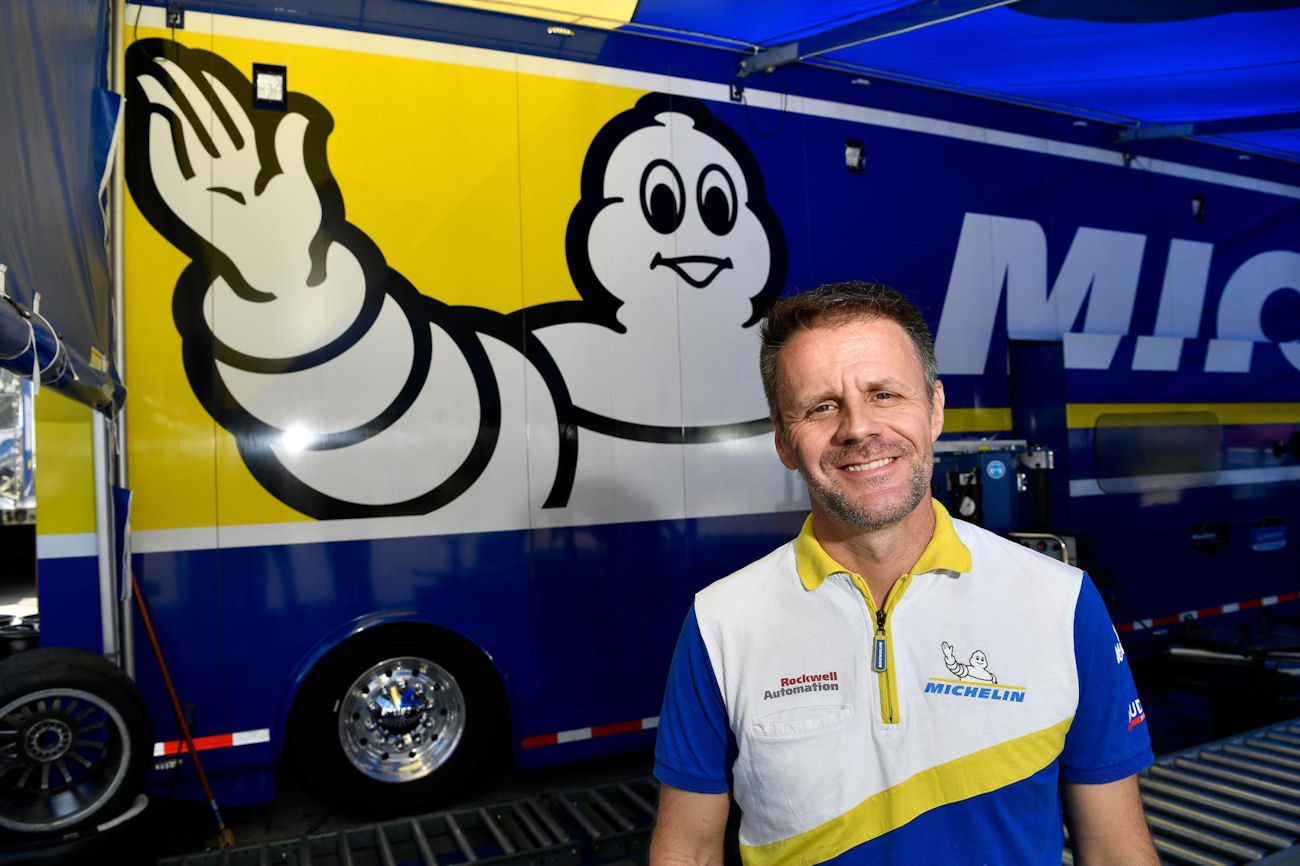 As of 1 January 2020, Tony Ménard will take over as Michelin North America’s director of motorsports. He succeeds Chris Baker, who has held the role for the past eight years. Baker is scheduled to retire in March 2020, concluding a career with Michelin than began in 1982.

“Chris has played a vital role in the growth and success of our motorsports programme, both for BFGoodrich and Michelin in North America,” said Matthieu Bonardel, global director for the Michelin Group’s motorsports business entity. “His passion and understanding for motorsport fuelled growth in the organisation and established credibility in the market. Chris’s leadership propelled the Group, which experienced tremendous success with race wins, and advanced the way the brands leveraged our motorsports participation to benefit the overall business.”

Ménard, a native of Le Mans, France, has served in several positions during his 30-year Michelin career, most recently as global business leader for Michelin brand in the passenger vehicle category, following an assignment in which he led the marketing function in East Asia. Ménard has worked closely with the North American motorsports team since early July in preparation for the transition, while he and his family relocated to Greenville, South Carolina, where the Company’s North America operations are based.

Chris Baker oversaw the development of the motorsports function for Michelin and BFGoodrich Tires brands as a single business unit in North America. He also directed the expansion of Michelin’s involvement in IMSA sports-car racing as the “Official Tire of IMSA” and BFGoodrich Tires partnership with Score International Racing as the “Official Tire of Score.” During Baker’s tenure, BFGoodrich achieved an unprecedented 650 off-road class wins, including five overall victories in the Baja 1000.

“I am incredibly grateful to Michelin for the opportunities and support throughout my career, and to all the folks that I have worked with and continue to work with,” Baker said. “I want to thank all the teams, partners, officials and fans who have made our relationships so successful and are essential to the brands’ successes. I look forward to witnessing the continued success of our motorsports programmes under Tony’s leadership, as well as the contributions of the Michelin Motorsport North America staff and volunteers, who are completely dedicated and invested in representing our brands in competition.”