NTDA says no to part worns with new safety campaign 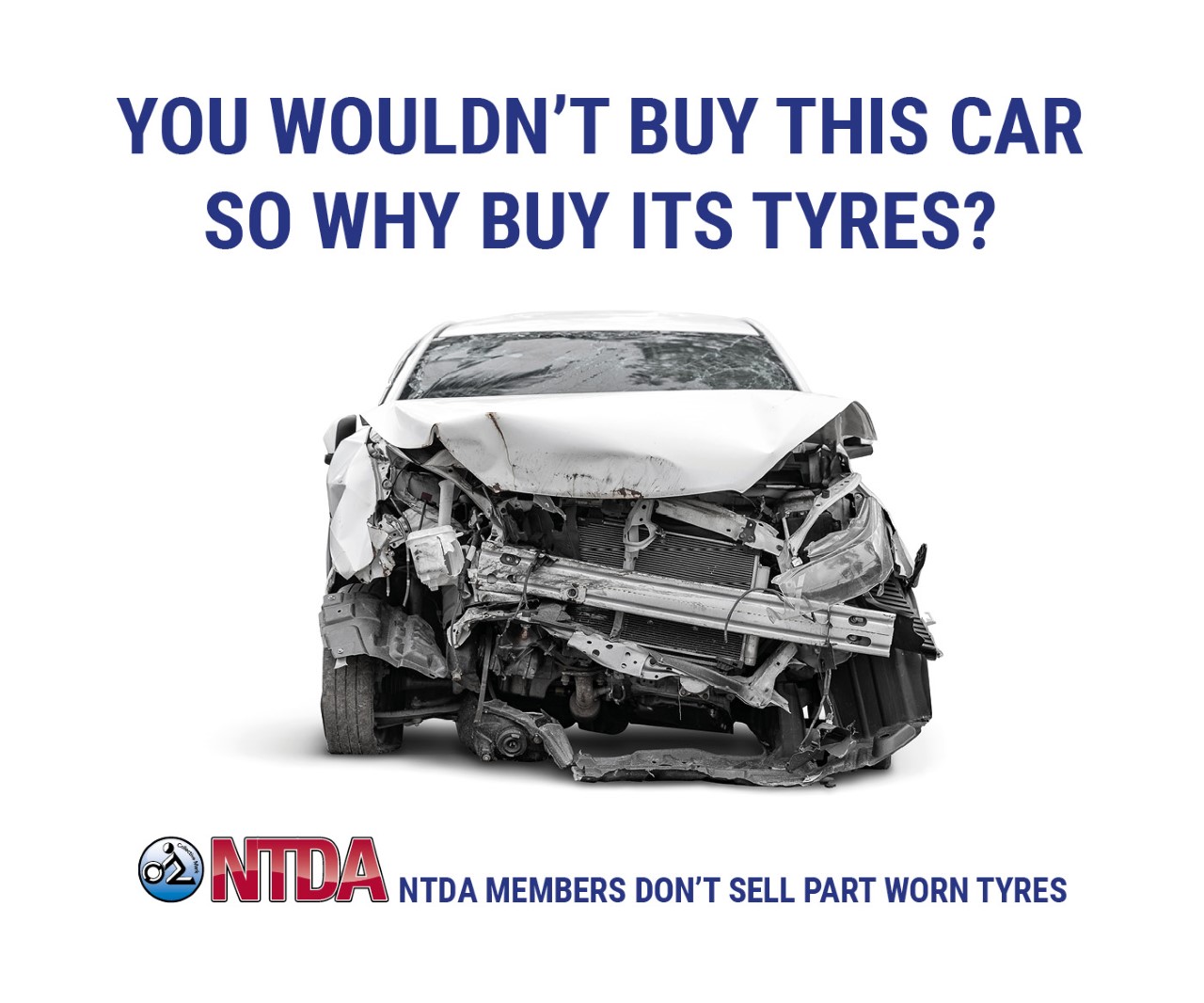 National Tyre Distributors Association (NTDA) members have unanimously said “No!” to the sale of part worn tyres in a new independent survey. The NTDA has been instrumental in helping Trading Standards prosecute traders who illegally sold defective part-worn tyres, and its members have now rejected their sale, en masse.

Following the survey results, chief executive of the NTDA Stefan Hay has unveiled a new marketing campaign at its 2019 Tyre Industry Conference in Birmingham, designed to help its members explain to consumers why part worn tyres just aren’t an option in their branches.

Inspections carried out over several years into the sale of part-worn tyres show serious safety breaches, including dangerous and unsafe repairs, exposed cords, bead damage and evidence of run-flat damage. Illegal, defective or under-inflated tyres were responsible for more than 40 per cent of all vehicle defect-related deaths in the UK in 2015. Additionally, having illegal, defective or under-inflated tyres was also responsible for 35 per cent of all casualties on the roads caused by vehicle defects.

The survey was sent to all NTDA members to canvas their views on part worn tyres and tyre safety.

NTDA members agree that there needs to be better enforcement of the current regulations relating to part worn tyres.

More than half of NTDA’s members (51%) reject the idea that part worn tyres are fine if tested and inspected as part worn, and nearly 90 per cent would like to see independent audits and a ‘licence to sell’ brought in to ‘police’ part worn tyre dealers. Even then, only 8 per cent of NTDA members would consider selling them.

92 per cent of members also agree that the import of part worn winter tyres from the continent needed to stop and should also be banned – with 78 per cent calling for an environmental protection tariff on these tyres discarded by other countries.

All posters, web banners and adverts will be made available to NTDA members free of charge.

“A series of striking posters, web banners and adverts using the clear headline ‘NTDA Members Don’t Sell Part Worn Tyres’ is aimed at consumers, educating them as to why professional and knowledgeable tyre dealerships won’t put their customers at risk by selling them potentially unsafe or defective tyres,” says Stefan.

“I am delighted this campaign has the unanimous support of our membership. The fact is, that in the absence of a meaningful enforcement regime, an outright ban on part worn tyres remains the only option to ensure the safety of motorists. That’s why we want to help members tell their customers why, as responsible tyre distributors, with knowledgeable and valued tyre technicians, part worn tyres just aren’t an option when you visit an NTDA member. I am pleased and proud our members have responded in this way and look forward to seeing these materials in branches across the UK.”