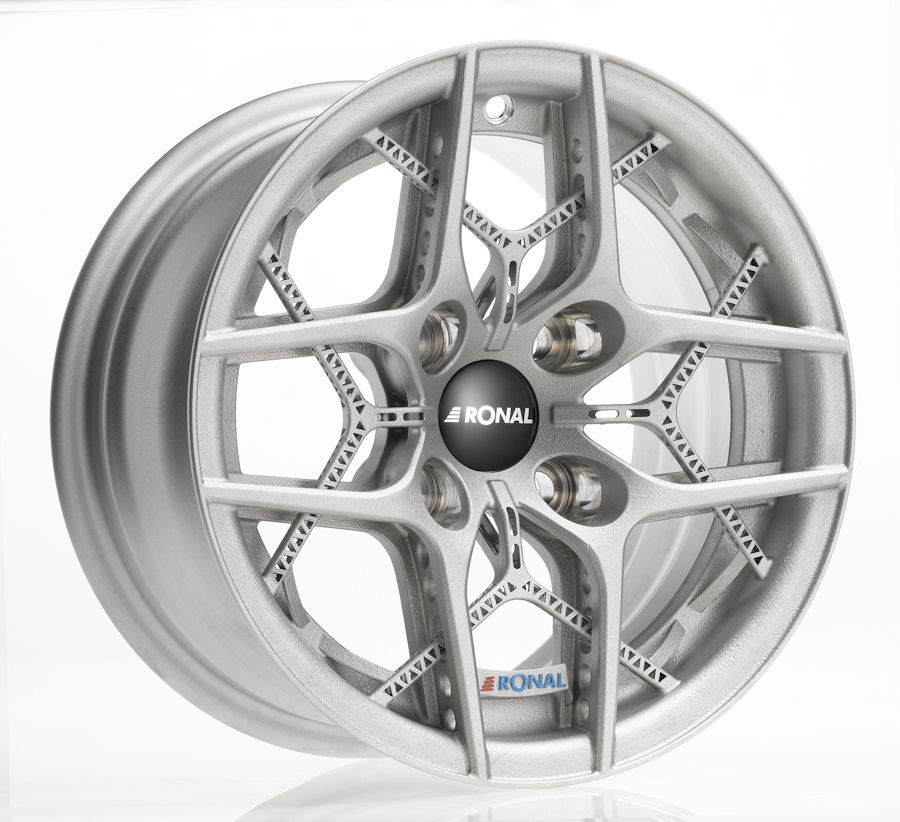 A world-first from the Ronal Group at the IAA motor show in Frankfurt: The alloy wheel manufacturer has presented a one-piece, 3D printed alloy wheel. Although a concept, the wheel is entirely road legal.

The SLM Concept Wheel was produced using additive manufacturing at Ronal Technologie GmbH, the company’s innovation centre in Forst, Germany. The light alloy (AISi 10) wheel weighs around 5kg and offers a wheel load of 515kg. Measuring 7×13 inches, it is the perfect fit for the 1970s Ford Capri that the Ronal Group is showcasing at its stand.

The wheel has been tested for on-road use according to Germany’s traffic regulations (StVZO) – Ronal says the wheel “even exceeded the requirements” and underscores the “future viability of wheel production by means of selective laser melting”. The concept wheel’s name is an abbreviation of this production technology.