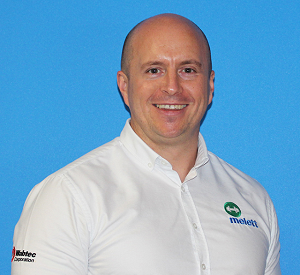 Melett has promoted Darren Johnson to the role of head of sales having previously occupied the position of sales manager. Johnson has been with the company since 2012, having first joined as a sales engineer for UK, Ireland, Scandinavia and the Netherlands. In just over a year, he became sales manager, and was the role for more than six years.