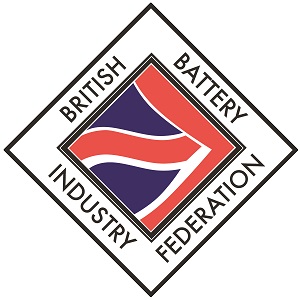 The British Battery Industry Federation (BBIF) is calling upon the automotive industry to join its ranks and lend support to its campaign after meeting with Government to discuss misrepresentation of batteries.

The Product Enforcement Team at the Office for Product and Safety Standards, part of the Department for Business, Energy and Industrial Strategy (BEIS), convened with representatives of the BBIF to address them on the subject of misrepresentation of batteries, giving a brief outline of how the unit had been set up and was now operating, including how the system operated when an issue was raised.

The current processes for reporting and dealing with instances where batteries in particular might be misrepresented were outlined and members present were invited to seek clarification on various points.

In particular, concerns were expressed regarding mislabelling of batteries, an over-rating of capacity on automotive batteries, misrepresentation of performance and type of technology of batteries, and the apparent lack of penalties imposed for contravening regulations.

It was generally agreed that greater compliance would be achieved if it were obvious that penalties would be imposed for infringing regulations. The outcome of the meeting was the agreement between both parties to work closely together to ensure compliance across the marketplace.

The BBIF was formed in 2010 from the merger of the Society for the British Battery Industry and the Independent Battery Distributors Association and represents the automotive and industrial battery industry in the UK. Its members include automotive and industrial battery manufacturers, importers, distributors, suppliers, and battery related companies and individuals, all unified in making a positive contribution to a sustainable environment.

Paul Ross, BBIF chairman said: “We are delighted that the Federation is really starting to make headway with its key objectives for the automotive, leisure, mobility and industrial sectors, proven with the recent success involving the Offensive Weapons Bill and now through our recent activity with the Government to ensure compliance in battery misrepresentation.

“Now with this momentum in full swing, we would like to hear from representatives from the aftermarket who would be interested in becoming a BBIF member, so we can ensure our voice in support of the sector is heard loud and clear.”