Up, up and away – Goodyear brings ‘flying car’ tyre to Paris Air Show 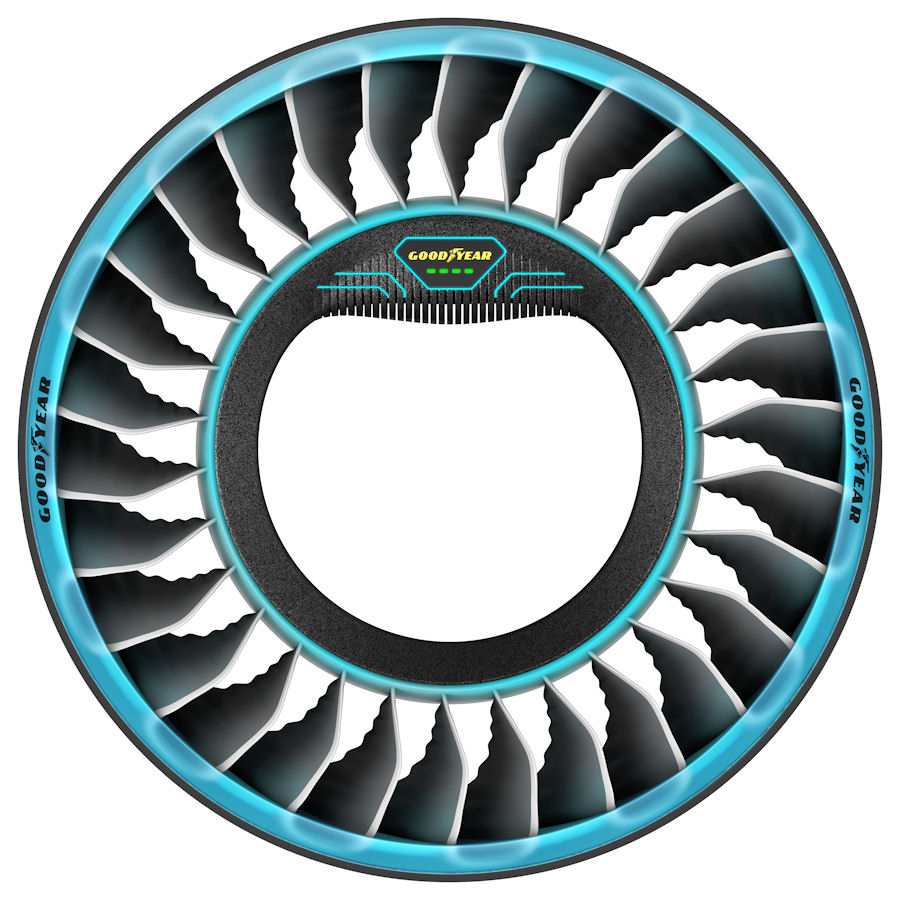 Wheel or turbine? Goodyear suggests that a solution like the AERO could be both

Cars in the sky remain pie in the sky, but should the flying car one day become reality, Goodyear will be ready. After showing earthbound motorists its concept for “autonomous, flying cars of the future” at the Geneva Motor Show in March, the tyre maker is presenting it to an entirely different crowd at this week’s Paris Air Show. The Goodyear AERO takes pride of place alongside conventional products such as the Goodyear Flight Radial.

The Goodyear AERO concept features an architecture and materials that could serve both as a traditional tyre on the road and as a propulsion system in the sky. Goodyear makes it clear that the AERO is “a purely conceptual design”, however the tyre maker points out that it has already developed some of its featured technologies, such as its non-pneumatic structure and intelligent tyre capabilities. It adds that other technologies featured in the concept “might become the basis for new ideas and potentially new products in the future.”

“At Goodyear, we believe that Every Landing Counts,” comments Loïc Ravasio, Goodyear’s general manager, Aviation Tires EMEA. “We are proud to highlight our innovative Flight Radial and AERO concept tyre at the Paris Air Show. Discovery and innovation continue to be the core of what Goodyear does. Working on new tyres, new technologies and concept tyres is an opportunity to stretch our imagination and envision the possible products and services of the future.”