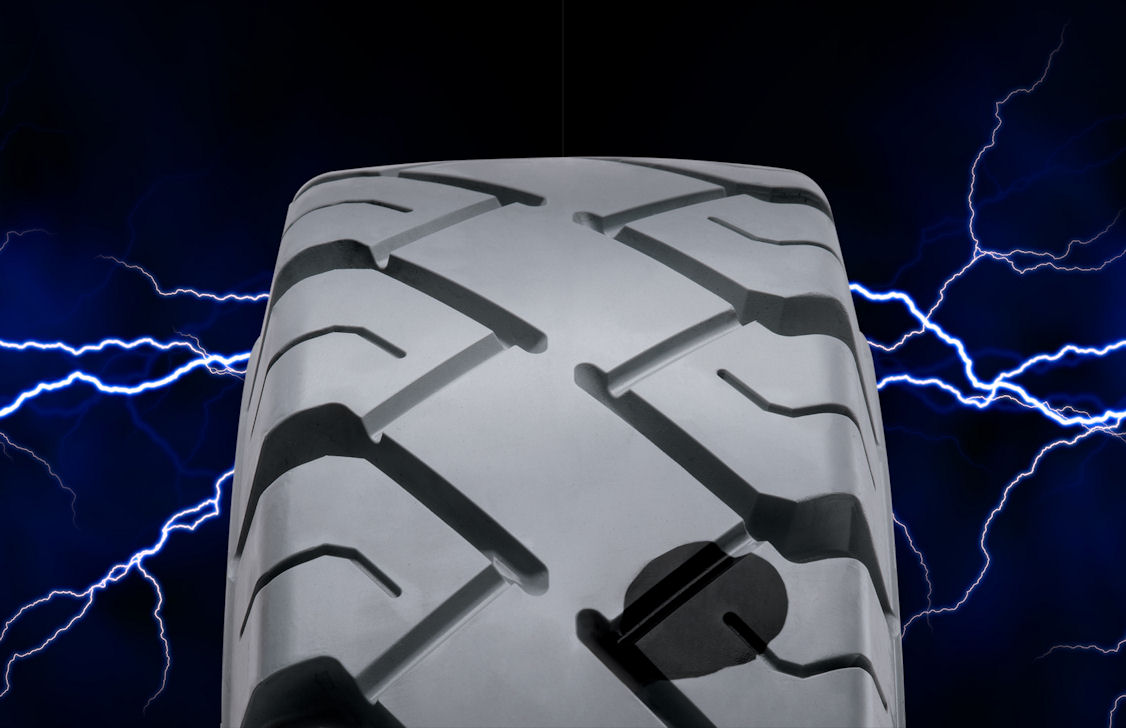 It’s been a year since Camso launched the industry’s first non-marking anti-static (NMAS) forklift tyre, the Solideal PON 775 NMAS. The dominance of resilient tyres on UK and European forklift fleets means many in our part of the world are unable to use this press-on solution, but Camso has good news for these operators: It has now introduced a resilient NMAS forklift tyre, the Solideal RES Xtreme NMAS.

“The Solideal PON 775 NMAS received an unprecedented welcome in the market. Customers were finally getting an extreme performance non-marking tyre that also prevents static electricity build-up,” says Thierry Miche, product line executive director – Material Handling, at Camso. “While press-on tyres are found predominantly in North America, forklifts in Europe, Oceania and Latin America mostly run on resilient tyres. As the global leader in the industry, we had to develop a resilient NMAS tyre to answer customers’ needs around the world.”

The problem with non-marking tyres

“For several years, the adverse problem of static build-up has been part of the material handling industry. Since the use of non-marking tyres is a requirement for up to 30 per cent of forklift applications, their tendency to create static was just part of the price you had to pay for their benefits,” adds Miche.

The accumulation of static electricity is prevalent in non-marking tyres because of the silica used as the reinforcing filler. It gives the tyres their light colour, but instead of conducting electricity as carbon black does, silica has isolating properties. As a result, static generated from friction is stored rather than dissipated and continues to build up in the machine until contact with another conductive material releases the charge. This conductive material can be a person or any other equipment in the facility. While grounding straps and chains provide some protection, these wear down, break, or collect dust and debris, which gradually insulates them from the ground. It can also be a costly part of preventive maintenance.

Since 2018, Camso has been supplying its patented non-marking anti-static technology to material handling fleets seeking a safer and more effective alternative for non-marking tyres. Solideal RES Xtreme NMAS is cured with a cylindrical piece of highly conductive black rubber connected all the way from the steel wheel to the tread face, which acts as a path to dissipate accumulated electricity on every rotation. This anti-static plug is easily noticeable when looking at the tyre: there is a black dot on the face of the tread.

Up, up and away – Goodyear brings ‘flying car’ tyre to Paris Air Show