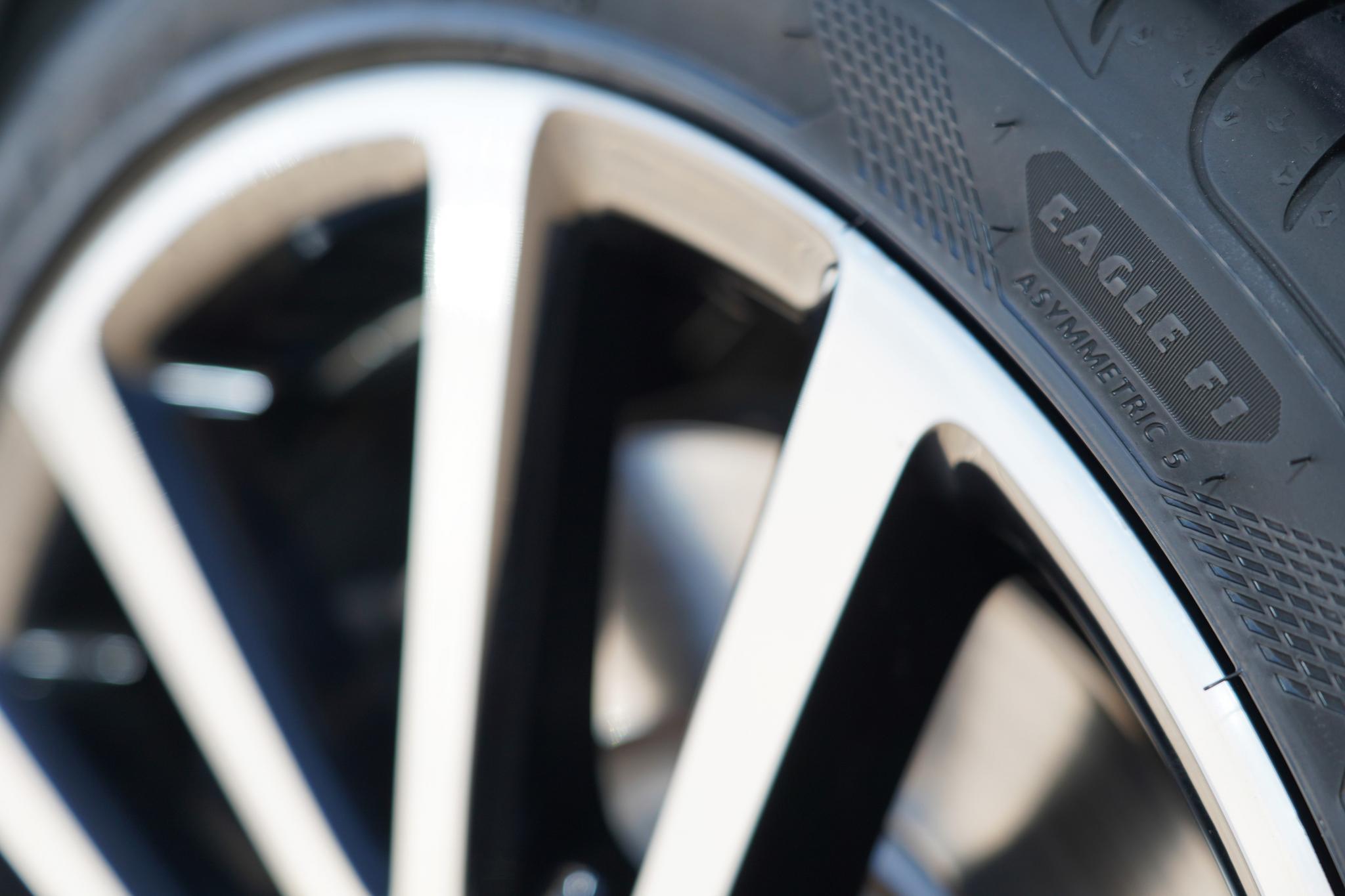 A key example of the latest generation’s improvements is the upgraded contact patch designed to extend when braking. As a result, wet stopping distances are some 4 per cent shorter compared to the Eagle F1 Asymmetric 3.

The firm will offer the tyres in 17 to 22-inch diameters, 205 to 315 mm widths, and 50 to 25 side profiles, with intended fitments ranging from cars such as the Volkswagen Golf, through more luxurious cars such as the Mercedes C-Class and the BMW 3 series to the standard versions of the Porsche 911.

This positions Goodyear to exploit the 8.3 per cent year-on-year growth experienced by the 17-inch and above UHP tyre segment since 2012, now accounting for 22 per cent of overall summer volume.  Upper segment vehicle sales are also forecast to increase from 17.5 to 18.2 percent by 2023, while UHP demand from north-east and south-east Europe expanding 18 and 25 per cent year-on-year since 2012 further increases the Eagle F1 Asymmetric 5’s relevance to the market.

And for ultra, ultra high-performance cars

Here Goodyear draws on racing experience to provide superior grip and handling. Responsive directional changes are ensured through the stiff tread ribs while a massive closed outside pattern, used on the tyre’s shoulder, provides control during load transfers in corners.

25 Eagle F1 SuperSport SKUs will be introduced between February and May 2019, with possible fitments ranging from 18 to 21-inch diameters, 205 to 305 mm widths and an aspect ratio ranging from 45 to 30.

The Eagle F1 SuperSport is intended for hot hatches like the Volkswagen Golf GTI, high-performance saloons including the BMW M3 and Mercedes-AMG C63, and everyday supercars such as the Porsche 911 Turbo.

And finally, the Eagle F1 SuperSport R has been developed for performance-focused vehicles, such as the Volkswagen Golf Club sport, BMW M4 CS and Porsche 911 GT3. As such the Eagle F1 SuperSport RS is Goodyear’s most race-focused tyre, designed to push the limit on track while remaining road legal. Two SKUs will be introduced in March 2019 – 265/35 ZR20 and 325/30 ZR21.