CS Ellis Group benefits from TPMS ‘within days of fitting’ 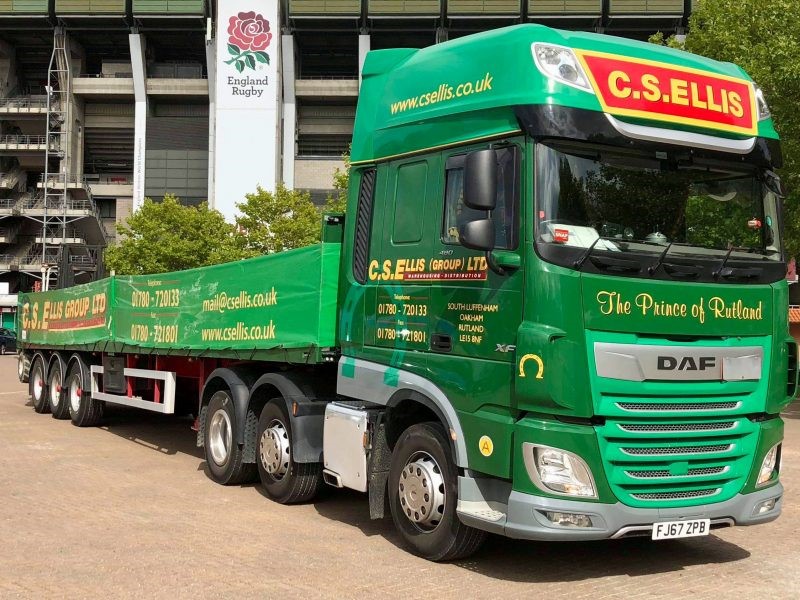 CS Ellis Group has praised a new tyre safety system fitted to one of its vehicles, after it flagged a puncture just two days into a trial of the new technology. The Leicestershire-based logistics company is one of the first in the UK to fit the new Michelin Tyre Pressure Management System (TPMS) Heavy Fleet, pioneered by technology firm Wheely-Safe, an official licensee of Michelin.

Fitted to a DAF XF 105 tractor unit operating with a tri-axle brick-carrier trailer, CS Ellis Group began the trial to see if it could reduce unnecessary breakdowns and downtime caused by tyre under-inflation and punctures.

James Mackenzie, workshop manager at CS Ellis Group, praised the system after it notified the driver of a potential problem, allowing the necessary action to be taken before the vehicle took to the road.

He says: “The in-cab device notified our driver that a tyre was losing air, and using the supplied pressure checker he quickly discovered one of the drive axle tyres had a suspected slow puncture.

“Thanks to the Michelin system we averted a roadside call-out, possible damage to the vehicle and a lot of hassle; plus it allowed us to get the tyre repaired.”

The system sees robust TPMS sensors replace the traditional valve caps and auto-pair with the display unit to warn the driver of over/under-inflated tyres. It can be fitted to any brand of tyre and monitors up to 50 tyres on a journey.

The handy pressure checker enables the driver to get precise pressure readings – without needing to connect a traditional pressure gauge to the valve, which removes air and is unhygienic. The TPMS sensors also provide alerts should the air temperature inside a tyre reach 100°C – often the sign of an impending tyre blowout.

Michelin can also combine the new system with an optional wheel security device designed to tackle the global issue of wheel loss from commercial vehicles. When the wheel security feature is added, operators also benefit from a separate heat sensor which can detect brake issues involving low or high temperatures, including when they exceed 90ºC – a reading that could indicate maintenance issues such as sticking brakes or hub failure.

The CS Ellis Group trial will continue over the coming months, pending a decision about rolling out the system across its fleet.

Established in 1933, CS Ellis Group is a fourth-generation family-run business operating out of its four depots in the East Midlands, providing road transport services throughout the UK.