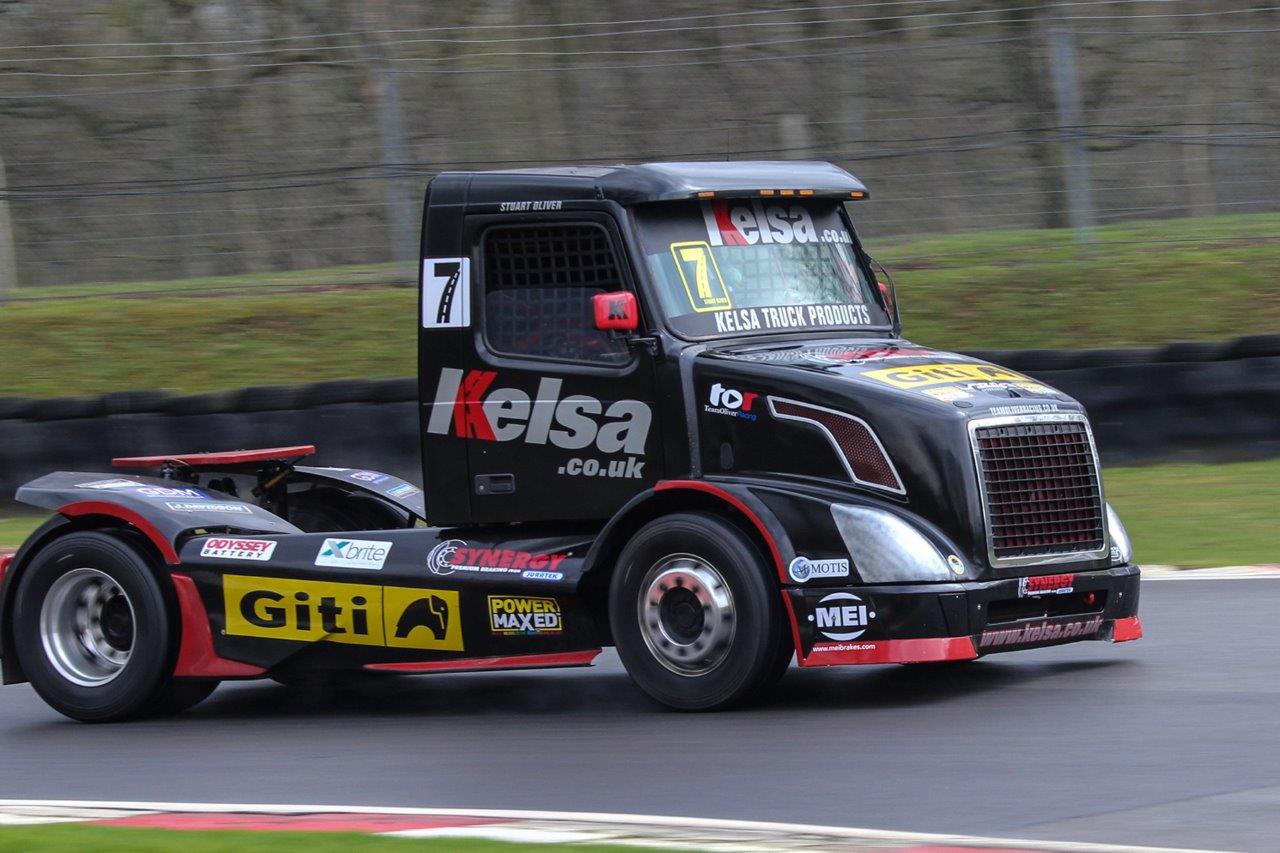 MWheels has become a key sponsor of British Truck Racing Championship (BTRC) contenders Team Oliver Racing, supplying Xlite forged aluminium wheels for both 2018 racing trucks and all the teams transporter vehicles. The agreement, which will see the Xlite and Xbrite brands feature prominently throughout the series, will also support an assortment of client and media marketing initiatives.

Team Oliver Racing will be running two in-house race prepared trucks throughout the series, with British and European Truck Racing Champion Stuart Oliver driving a bonneted Volvo VNL which runs alongside a Scania P1100. Both trucks weigh in at well over five tonnes each and produce in excess of 1,100 BHP.

The season comprises seven races around the UK, of which two have been run at Brands Hatch and Pembrey where the team secured pole position and a win in the very first race of the season followed by a host of podium finishes and valuable Championship points.

The venture marks MWheels’ reintroduction into truck racing and is part of the overall strategy to monitor the Xlite and Xbrite forged aluminium wheels in extreme motorsport conditions.

An Xlite forged aluminium wheel in machined finish, as used in races

Team Oliver Racing and MWheels, then Motor Wheel Service Distribution, worked together in 2012, when a joint campaign ensured the FIA agreed to change technical regulations to allow all truck racing teams to run with forged aluminium wheels on the outside of the rear axle.

“Up until the law change trucks had raced with steel wheels on the outside, a move instigated a number of years before when cast alloys where used on the exterior, but these shattered or cracked when involved in a collision as they did not possess the strength to withstand an impact,” explains Stuart Oliver.

“Steel had similar issues, but due to the manufacturing process of Xlite and Xbrite forged aluminium wheels they absorb the impact as compared to breaking, this ultimately allows vehicles to continue racing as well as decreasing potentially hazardous track debris.”

MWheels states that Xlite and Xbrite are five times stronger and 40 per cent lighter than the standard steel equivalent. The wheels are spin forged from a single aluminium billet using a CNC machine to produce a higher degree of production accuracy and a truer running wheel.

Xlite is available in machined and polished finishes, while Xbrite+ goes through several automated treatment stages which permeate the metal deeper to deliver a wheel with the highest levels of corrosion resistance and shine. Wheels are available in 17.5, 19.5 and 22.5 inch sizes.

Matthew Mardle, chief operating officer at MWheels, adds: “The BTRC is a fast, high impact sport where weight-saving is imperative and the ability to continue a race following a collision is crucial, this is why Xlite forged aluminium wheels are the perfect product for Team Oliver Racing.

“At the end of each meeting we look at the wheels to see what we can learn, this technical information is then given to Wheels India so we can continually assess how to further improve our products to deliver the best possible day-to-day operational benefits for fleet operators.” A damaged Xlite wheel, which remained completely intact despite a massive in-race collision

Drivers to spend £45 million on air con services this summer