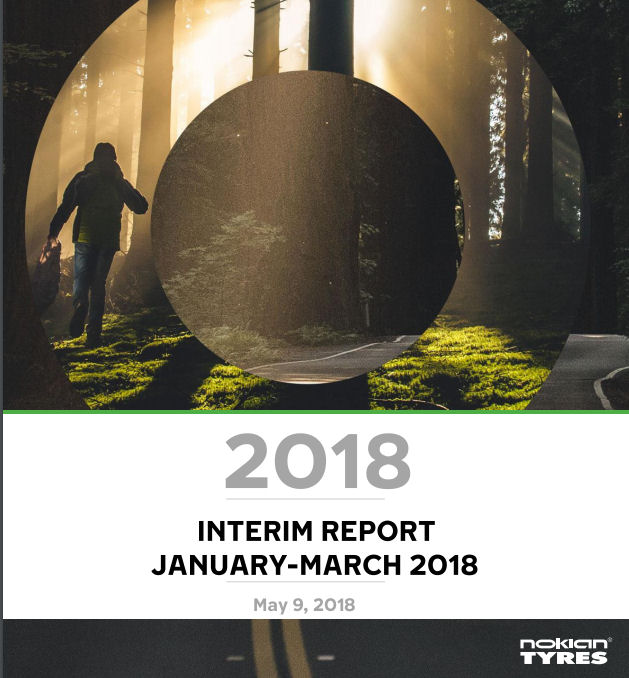 Although held back by exchange rate effects, net sales at Nokian Tyres were higher in the first three months of 2018 than a year earlier. Sales were up 3.1 per cent to 336.0 million euros; had the exchange rate effect been neutral, the tyre maker estimates that net sales would have increased 9.3 per cent year-on-year. Nevertheless, Hille Korhonen, president and chief executive officer of Nokian Tyres, referred to the result as “a good start of the year.”

Korhonen reports that sales volumes and prices in local currencies, together with product mix, improved in the company’s Passenger Car tyres business; Nokian’s market share improved in all market areas. Sales of agricultural and forestry tyres increased within the Heavy Tyres business, however sales within Vianor were impacted by the weather-related delay to the start of the summer tyre season.