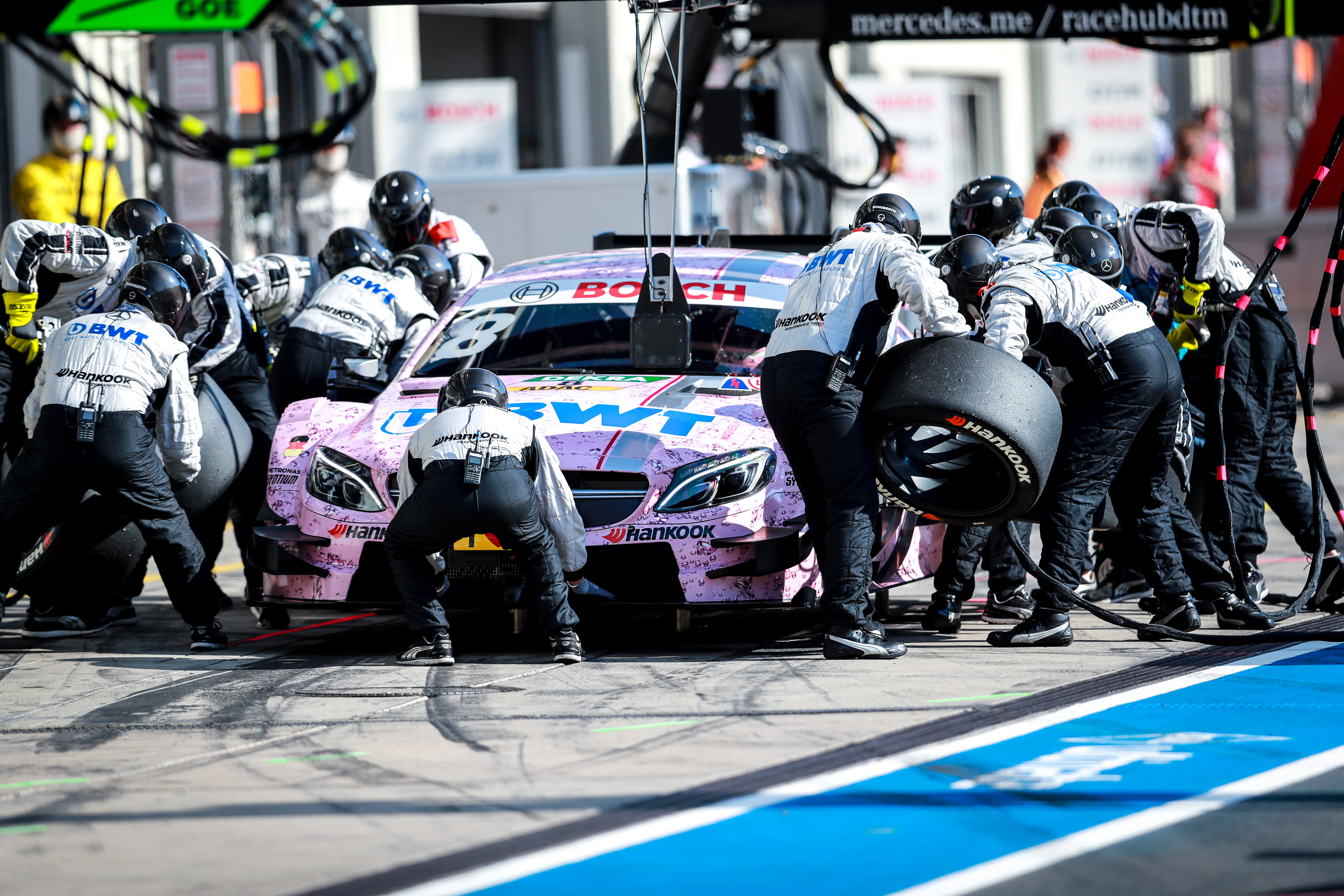 The Hankook supplied DTM championship enters the final third of its 2017 season at the Nürburgring this weekend for races 13 and 14. The tyre manufacturer and exclusive DTM partner states that the correct management of the race tyre and a pit stop strategy tailored to the racetrack and the car set-up will be keys to success in the Eifel Mountains. In the last meeting at Zandvoort, discussed in the video below, this was exemplified by Loic Duval (Audi), who climbed from 13th on the grid to finish runner-up, completing 26 of the 37 laps on one set of the Ventus Race – the longest stint by any of the drivers, and one that earned him the first podium of his DTM career.

The asphalt on the shorter, 3.629-kilometre layout of the Grand Prix Circuit at the Nürburgring is fine-pored, meaning it offers a low level of grip. As it is no longer permitted to pre-heat the Hankook slick, the drivers must get the race tyre up to the optimum working temperature as quickly as possible, in order to achieve the grip levels required to allow the perfect lap.

“The DTM drivers use higher tyre pressures, combined with greater cambers, to try to quickly bring the Hankook race tyre up to the ideal working range of between 90 and 110 degrees. Similar measures are necessary when the air temperature in the Eifel region is very low, as it often is in September,” explains Hankook’s DTM race engineer, Thomas Baltes.

The layout of the circuit is varied, with fast passages alternating with slower sections. The lap starts from the highest point on the circuit, where the cars reach their top speeds of around 240km/h on the long straight, before decelerating down to 75km/h into the first, steeply-banked right turn. Thomas Baltes: “The track surface is very bumpy at that point. As such, it is difficult to get the braking point spot on. In the race, a balanced set-up and a slightly lower tyre pressure can make the car smoother and more stable in this area.”

From there, the drivers head into the narrowest section of the track, with the longest corners. Here, Hankook’s Ventus Race must demonstrate its high level of grip, in order to allow the drivers to accelerate rapidly out of these sections. The kerbs are not as aggressive as the high and damaged kerbs experienced in the last two DTM races in Zandvoort three weeks ago. The running surface and construction of the race tyre are put under far less strain at the Nürburgring than at the circuit in the Dutch dunes.

Experience has shown that the unpredictable weather can also play a major role at the Eifel classic. In the past, very few DTM race weekends have passed without experiencing rain on at least one day. Fog and sudden hail storms are also far from a rarity at the Nürburgring. “When it rains, you very quickly get standing water on the track. The drivers must be ready for that. However, with the correct air pressure, the Hankook wet tyre will offer the drivers optimal support on the wet track,” adds the Hankook DTM race engineer.

Falken wins a place on the podium at Grenzlandrennen VLN race Triple win and one-make GT podium for Dunlop at World Endurance Championshi...