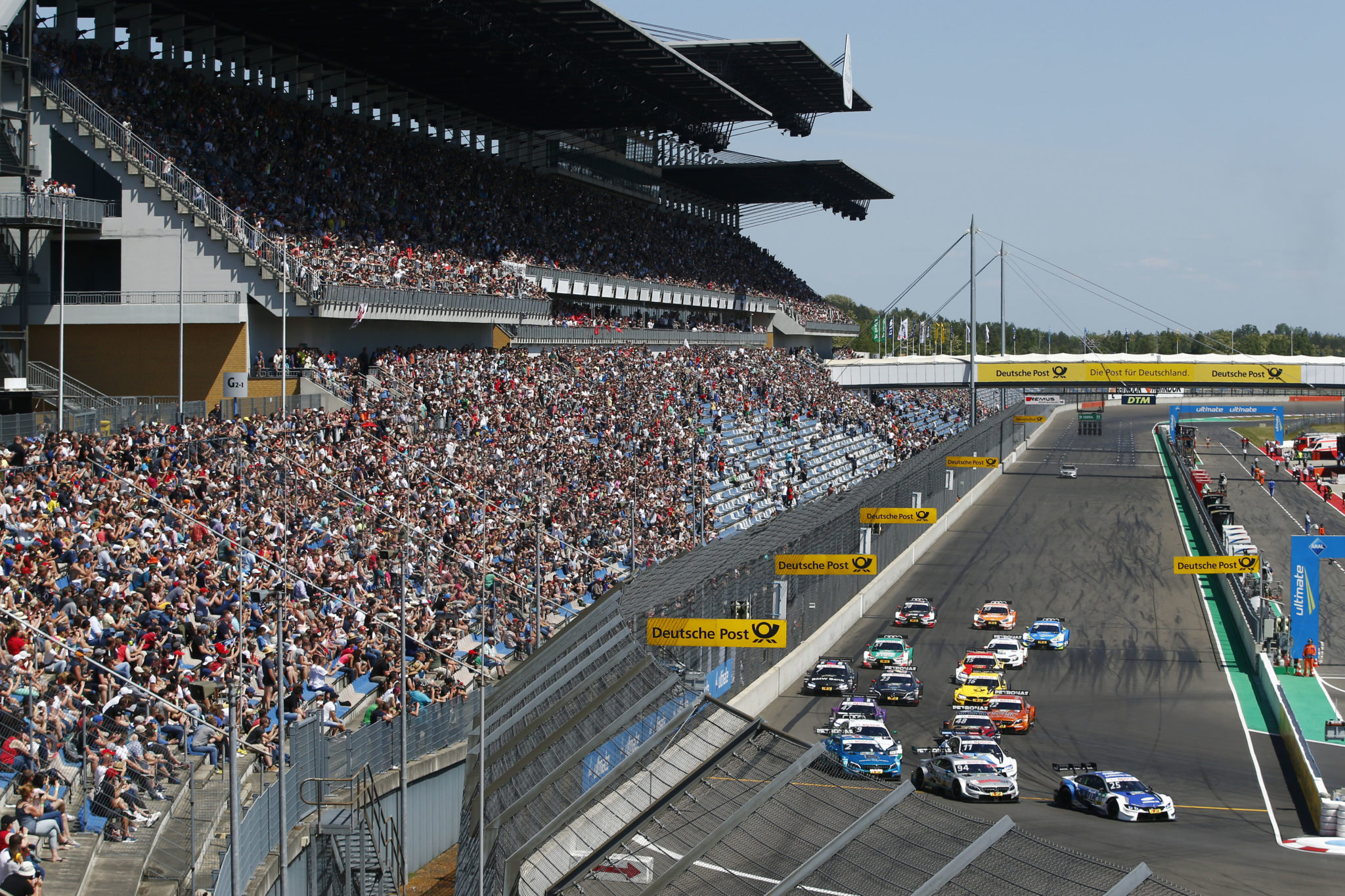 DTM returns to the Lausitzring

Hankook and the DTM return to Germany’s Lausitzring is the venue for round seven of the DTM season with the title race coming to a head. The exclusive tyre supplier to the series says that its race tyre could play a key role in the final stages of the season, due to its “high degree of consistency and predictability”, which allow for aggressive race strategies.

René Rast is favourite to win the championship, following his victory at Brands Hatch. The Audi driver has only failed to pick up points in two of the twelve DTM races so far and, with four wins, four podiums, a fifth and a seventh place, has been consistently strong. His closest rival is fellow Audi racer, Nico Müller, who trails Rast by 37 points. BMW drivers Marco Wittmann and Philipp Eng are still within striking distance in third and fourth place, but will have to start winning races if they are to catch the two Audi men.

The 4.570-kilometre Grand Prix circuit is technically demanding and driven in an anti-clockwise direction. Top speed is key on the start and finish straights, while the infield, with its many slow corners and chicanes, demands maximum traction in order to be able to accelerate quickly out of these sections. “This layout demands a balanced car set-up and you must find a compromise that allows you to best cope with the switch between fast and slow sections. One feature is the severe bouncing, which has led some drivers to refer to the Lausitzring as a “mogul run”. The drivers must adapt to that, particularly in the braking zones,” explains Thomas Baltes, the Hankook race engineer responsible for the DTM.

The fine-pored asphalt at the Lausitzring offers little grip. Drivers must be particularly careful when rejoining the race after a pit stop on a fresh set of Hankook race tyres, which may not be pre-heated. The smooth surface means it takes a little longer than at other DTM circuits to get the Ventus Race up to its ideal temperature and optimal grip level.

Baltes adds: “With the new turbo engines, generating over 600 hp, we will more often than otherwise see wheelspin on this smooth surface. That can lead to the tyre heating more dramatically and thus to greater tyre wear. However, that depends greatly upon the driver’s driving style.”

Tyre management has become a decisive factor in the DTM this season, Baltes concludes. Many teams have opted for an asymmetric pit stop strategy, dividing their races into one short and one very long stint. “Some drivers manage to take full advantage of the high level of grip provided by the Hankook race tyre for a very long time, before the intended drop-off effect kicks in. These drivers are able to react flexibly, as they need not stick to a strict pit stop window. That could be decisive in the title race.”