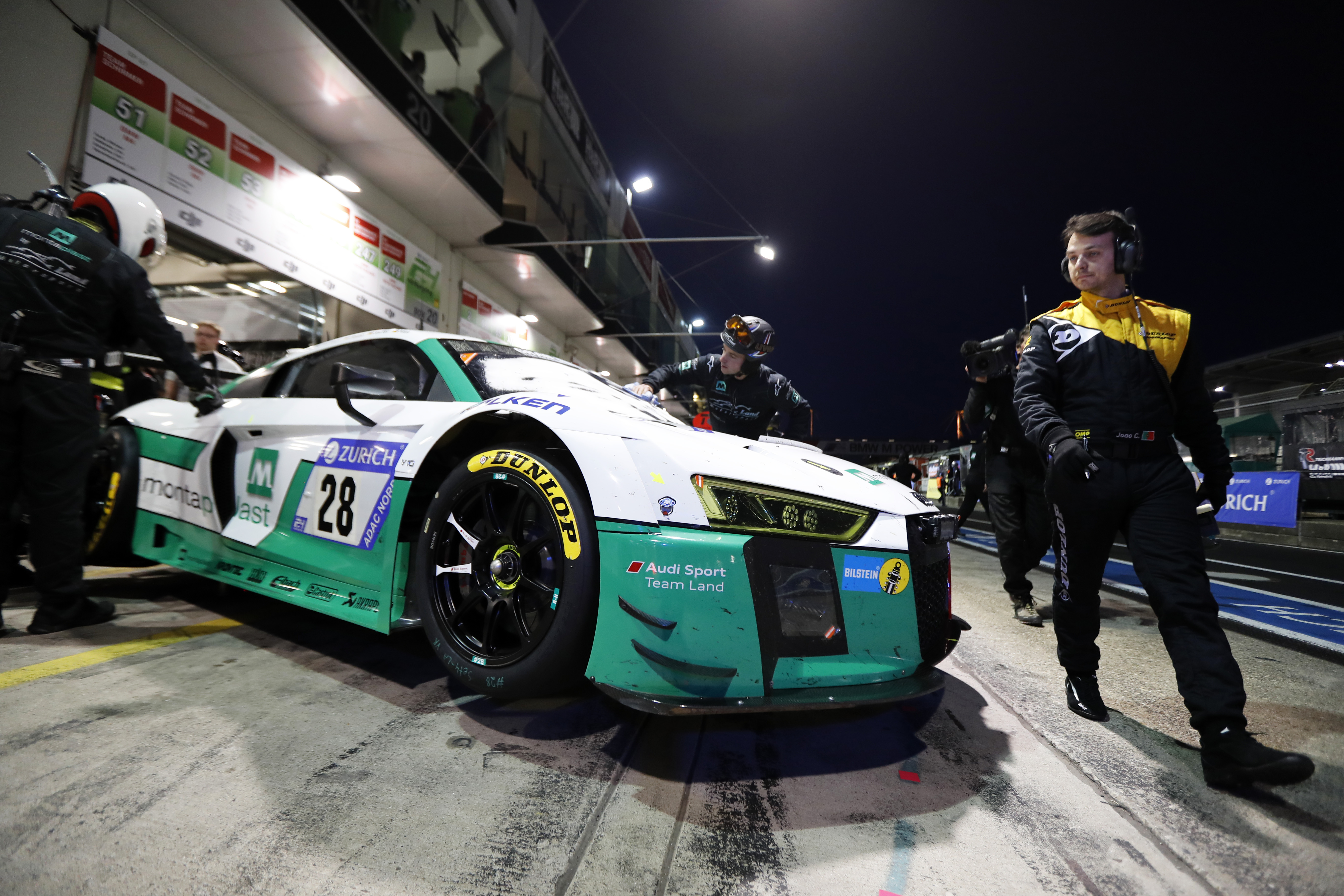 The Nürburgring 24h Race saw Dunlop continue its good form in endurance racing, securing its 18th victory after a close battle between Land Motorsport Audi and WRT Audi. Aston Martin, with whom Dunlop has recently enjoyed a productive endurance partnership, took the SP8 class win with its Vantage GT8.

The Dunlop equipped Audi R8 LMS cars of the Audi Sport WRT and Land teams battled hard throughout the weekend. Land took the honours after a frantic race. Driven by Christopher Mies, Connor de Phillippi, Markus Winkelhock and Kelvin van der Linde, the Land Motorsport Audi had a refuelling delay at the final pit stop, but this soon turned to an advantage. The rain began to fall heavily and they were able to fit Dunlop’s wet tyres while fixing the refuelling issue. This allowed them to charge back to the lead on the last lap as the leading cars had to make a further pit stop for wet tyres. The similar WRT Audi led for much of the race, but finally finished third after its late stop.

“We always had a good Dunlop tyre,” said team principal Wolfgang Land after the team’s first 24h triumph. “There were no problems with quality.”

“Congratulations to the Audi Sport Team Land on the deserved 24h victory and WRT for third place,” said Alexander Kühn, product manager Dunlop Motorsport EMEA. “Our development work of the past months, which have prepared ourselves for the new tyre regulations for the Nordschleife, has paid off. Our tyres were able to easily cover all the required temperature ranges – even at the unusually high temperatures this weekend. “At asphalt temperatures above the 30-degree mark, asphalt temperatures were measured at about 45 degrees, while in the warm night the circuit was still 22 degrees.”

The 24h race also features many classes for cars of different engine categories and levels of modification. In the SPX experimental class, the Dunlop equipped American Glickenhaus SCG003C won, and the Aston Martin Racing team triumphed in the SP8 class with their Vantage GT8 on Dunlop tires.

Dunlop-shod cars have now won the Nürburgring 24 Hours 18 times since its 1970 inauguration.