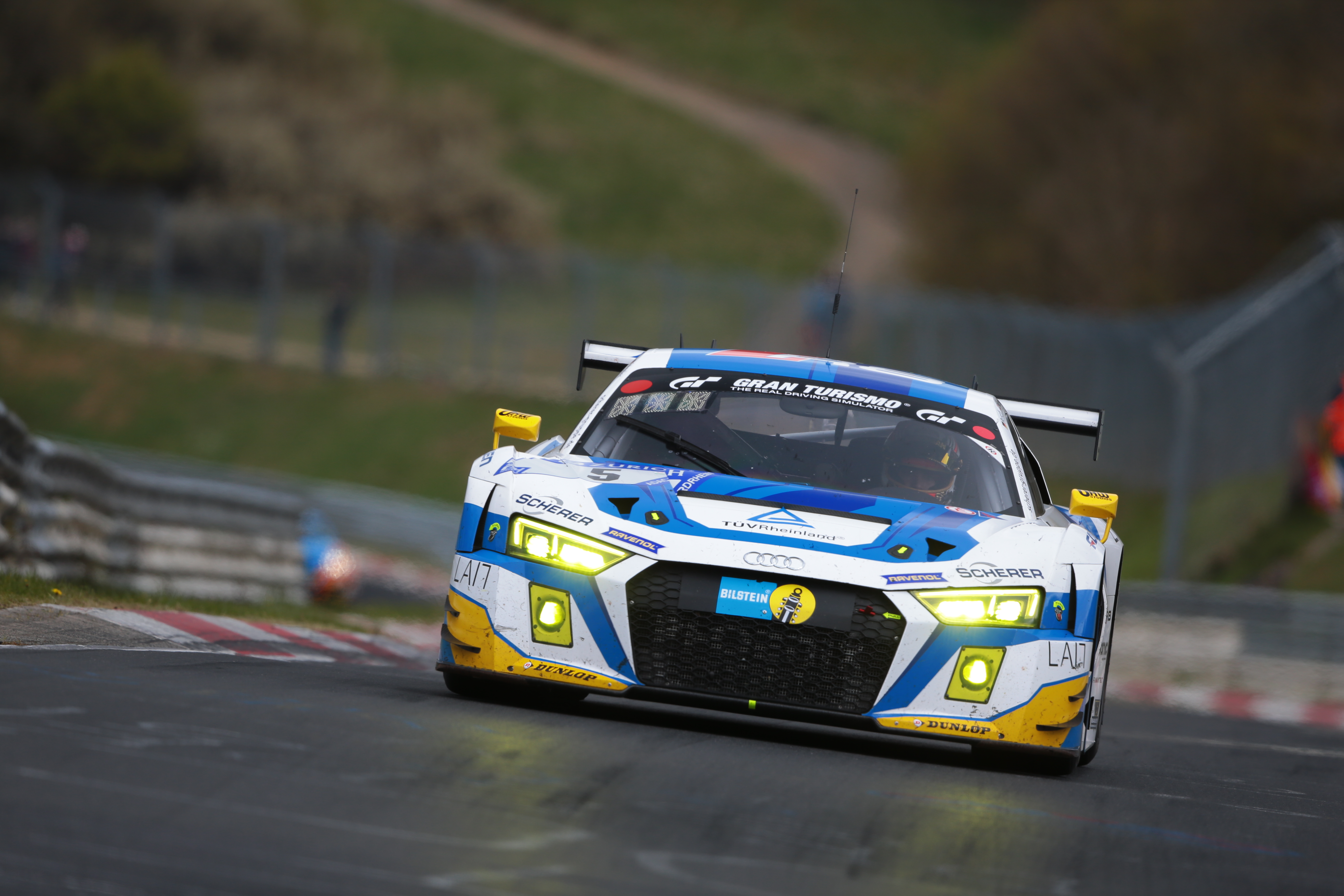 Dunlop celebrated a double podium on the Nürburgring Nordschleife in the last race before the 24h race at the end of May. The top two finishers were Dunlop equipped Audi R8 LMS cars; the local Phoenix-Racing team taking the chequered flag ahead of the similar car from the Audi Sport Team WRT team.

“This is a successful rehearsal for the 24h race. Congratulations to the entire Phoenix Audi team, including team principal Ernst Moser, and also to WRT for a strong second place,” said Alexander Kühn, car product manager, Dunlop Motorsport EMEA. “The experience of the two previous VLN races and the other intensive test programmes are paying off. With this result, we are looking confidently towards next month and the great long-distance marathon in the Eifel.”

The Phoenix drivers, Germans Mike Rockenfeller, Dennis Busch and Dane Nicolay Moeller Madsen (DEN) celebrated the victory after 41 laps over the 25.378 kilometer combination of the Nürburgring-Nordschleife and the Grand Prix circuit. “Today everything worked, and the Dunlop tyre was strong in the stints,” said Mike Rockenfeller.

The second place team of DTM driver Nico Müller (SUI) and Frederic Vervisch (BEL) also praised the Dunlop performance:  “Our strategy worked, and the race pace was good. Thanks to the Dunlop tyres we were able to drive long stints,” said Nico Müller.

Another challenger for victory was also racing on the latest Dunlop tyres. In a gripping race on the world’s toughest race track, the distinctive SCG003C, a vision of American James Glickenhaus, scored the fastest lap with 8:16.846 minutes, building on the promise from practice where the team also set fastest lap.

After second qualifying three Dunlop GT3 sports cars were at the top of the timesheets. The HTP-Mercedes-AMG GT3 secured the pole position with 8:14.254 minutes, leading the second place SCG003C by 0.571 seconds. The Dunlop ‘Art-Car’ BMW M6 GT3 of Walkenhorst Motorsport powered by Dunlop started from position three.

The Nurburgring 24h takes place on the weekend of 27-28 May.