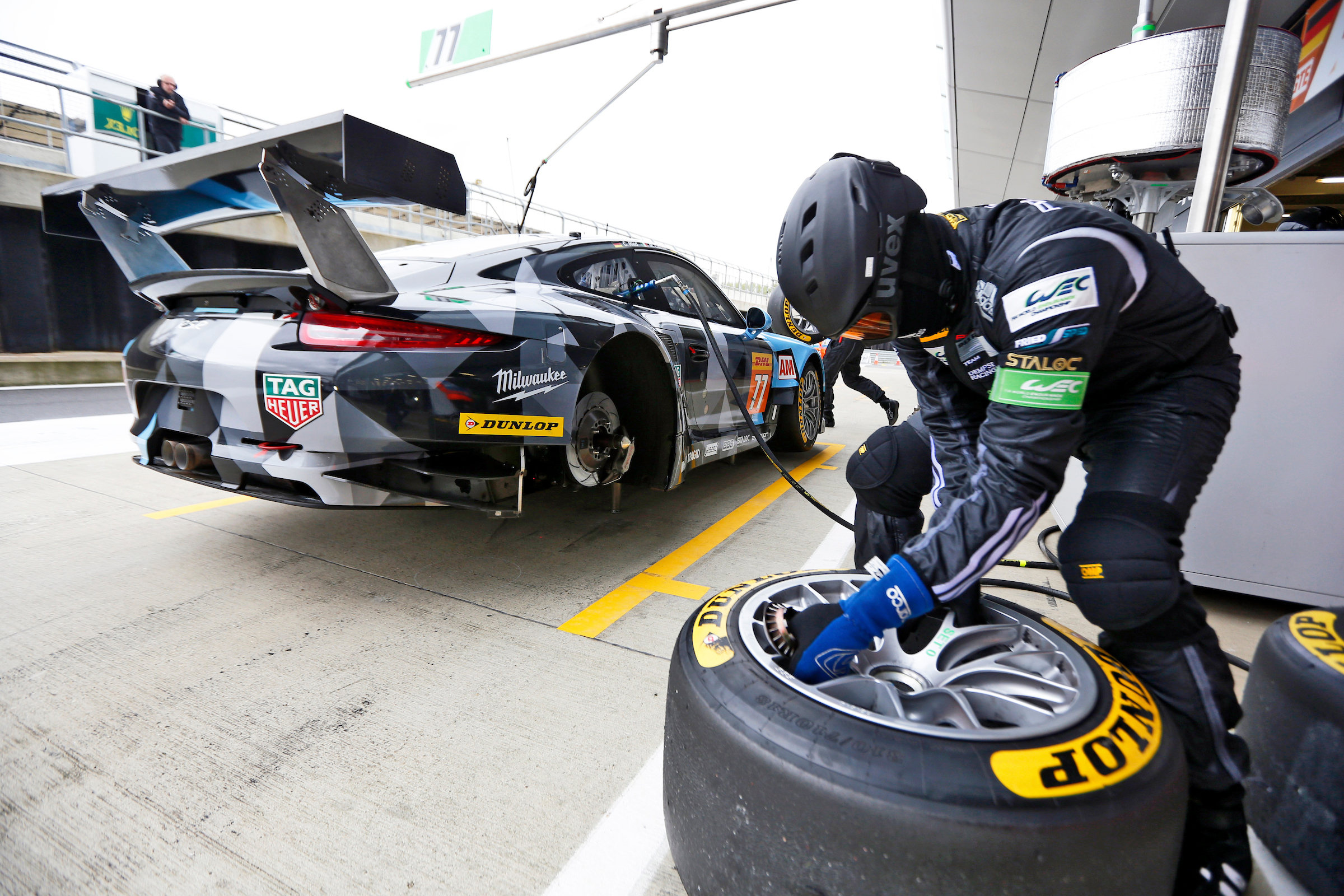 Jota Sport number 38 Jackie Chan DC Racing was the first new generation FIA World Endurance Championship (WEC) LMP2 race winner at the 6 Hours of Silverstone on Dunlop’s tyres. The number 31 Vaillante Rebellion and TDS Racing completed the podium. Jean-Felix Bazelin, director of operations, Dunlop Motorsport, said: “It was the first race of the year with the new regulations in LMP2 with much more power and more downforce, and cars with relatively little mileage and data so we have all learned more this weekend and will improve for the next race.”

Teams used both permitted tyre options – medium and medium-plus. The fastest lap of the race was set by the winning car with Oliver Jarvis at the wheel; the new generation Oreca set a time over 2.5 seconds faster than 2016’s fastest race lap.

In the GTE classes, the Dalla Lana/Lamy/Lauda number 98 Aston Martin Racing Vantage looked set for victory after a dominant drive, leading 128 of 166 laps. On the last lap, contact with a rival Ferrari sent Lamy spinning, recovering to cross the line but losing the lead and finishing second. The Dempsey-Proton Racing Porsche followed across the line in third on the team’s first event since announcing its switch to Dunlop last month. Again, teams opted to use both medium and medium-plus option tyres.

Bazelin added: “We are very happy with Porsche’s podium given that it is their first race with our tyres in WEC. They have very quickly understood how to make the new tyres work with the car. A lot of fruitful exchanges materialised in the third place which is a very good start to the partnership.”