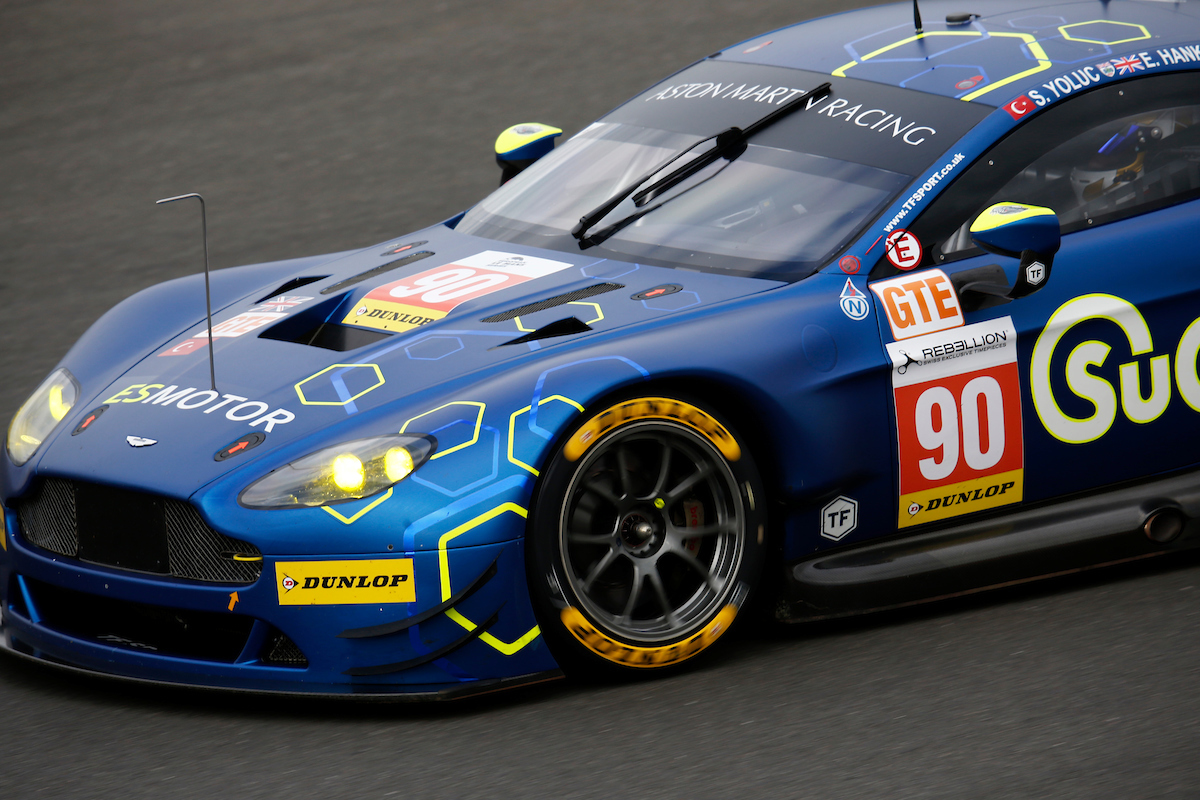 United Autosports won, while TF Sport claimed the GTE class win at the 4 Hours of Silverstone on Dunlop tyres. Both teams were making their class debuts in the series; all teams opted for the medium option in the cool conditions.

Dragonspeed qualified on pole position and led to the first stops. From there the lead was exchanged repeatedly with 6 different leaders during the four hour battle. Tyre management was key with all LMP2 cars being new and teams learning how to get the best from the tyre and car packages. One of each manufacturer was in the top three, with two of each, Ligier, Oreca and Dallara, in the top six showing the competitiveness in the series with the new generation cars. The top seven cars chose to compete on Dunlop tyres in the open-tyre class.

In the one-brand tyre GTE category, TF Sport won the race in the Aston Martin Vantage V8, finishing one lap ahead of Proton Competition’s Porsche 911 RSR 991. The class was also closely fought with the lead being exchanged between the Porsche and both Astons.

Mike McGregor, manager testing & track support, Dunlop Motorsport: “It was a great race and a testament to the hard work of the manufacturers. To have such a mix of cars in the finish order for the first result is fantastic. Both our winning teams had clean races and the right strategy combined with good tyre management.

“The investment and hard work from our tyre design team to make sure that we can optimise the tyres to the different chassis has shown here. We now have our first set of race data and we can continue our learning to optimise performance for each team. The European Le Mans Series has put together what is looking to be a great season and now we can look forward to the next round at Monza.”