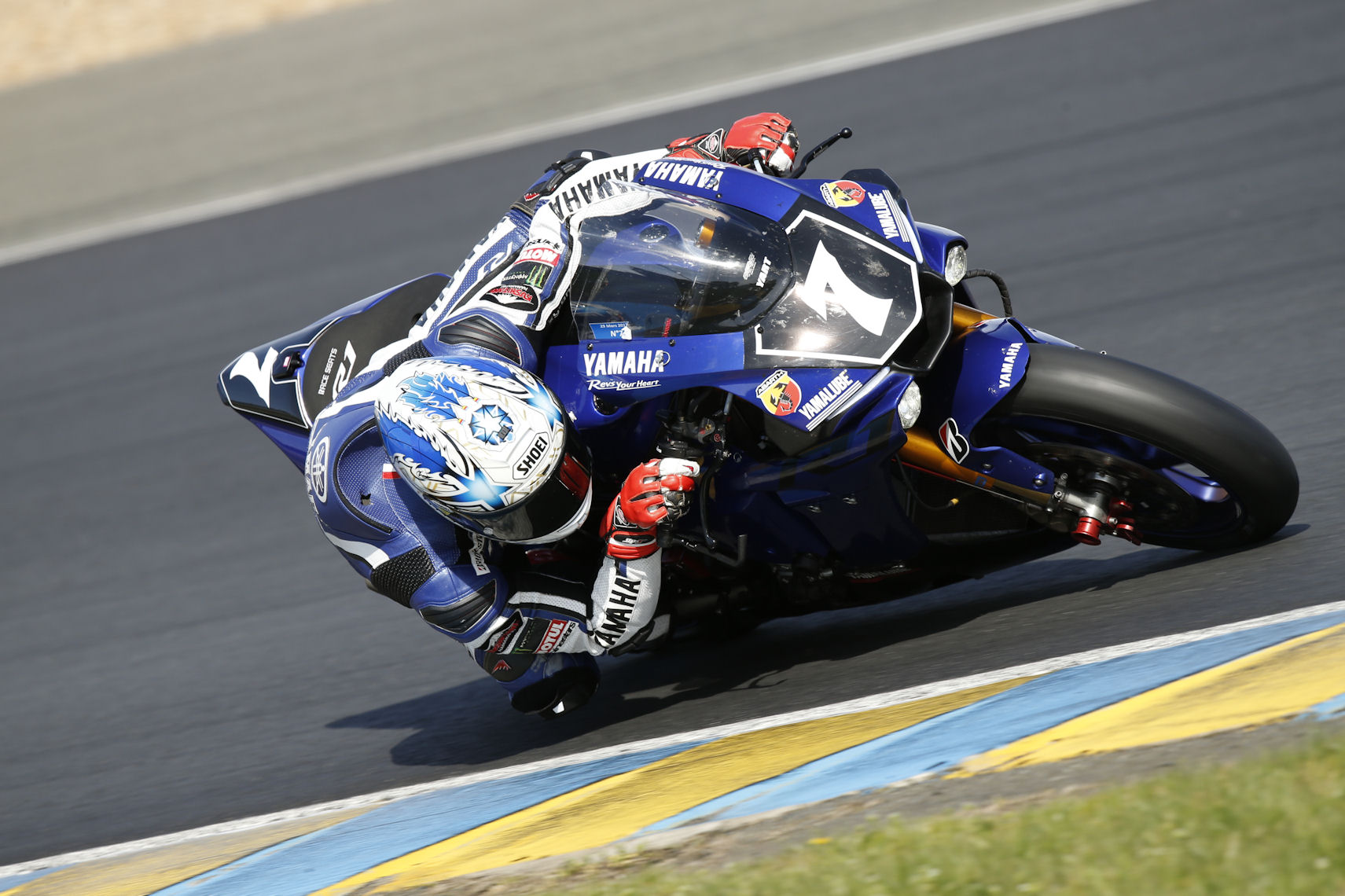 Bridgestone is upbeat about its first race back in world championship motorcycle competition, after the YART Yamaha Official EWC Team on Bridgestone tyres topped preliminary testing at Le Mans on 28 and 29 March.

The Bridgestone-shod YART team dominated both days of preliminary testing at Le Mans, recording one lap time less than three-hundredths off the circuit record. Bridgestone now has its sights set on something special at the 24 Hours Moto at the Bugatti circuit on 15 and 16 April.

The tyre maker announced its return to top-tier motorcycle racing in February, with its decision to supply two teams in the FIM Endurance World Championship (EWC) series: Austrian-based YART Yamaha Official EWC Team, and the F.C.C. TSR Honda team. “For all of us at Bridgestone, it’s great to be back again racing at the highest level,” comments Nico Thuy, head of Europe – Motorcycle at Bridgestone Europe. “Racing is part of Bridgestone’s DNA. We have been working closely with both teams to make sure that we have the best Bridgestone tyre package ready for Le Mans. We’re aiming for great results with our new team partners.”

In addition to the two new partners, other EWC racing teams have decided to compete on off-the-shelf Bridgestone Battlax racing tyres in the 24 Hour Moto at Le Mans, including Falcon Racing, Team No Limit 37 and Ducati Esprit Racing Team.

The FIM EWC is a worldwide championship competition consisting of five races: two in France and the remaining three in Germany, Slovakia, and Japan. The 24 Hour Moto at Le Mans is the second race of the current season which began in September 2016 and will end with the Suzuka 8 Hours endurance race at Japan’s Suzuka Circuit on 30 July 2017.    sg