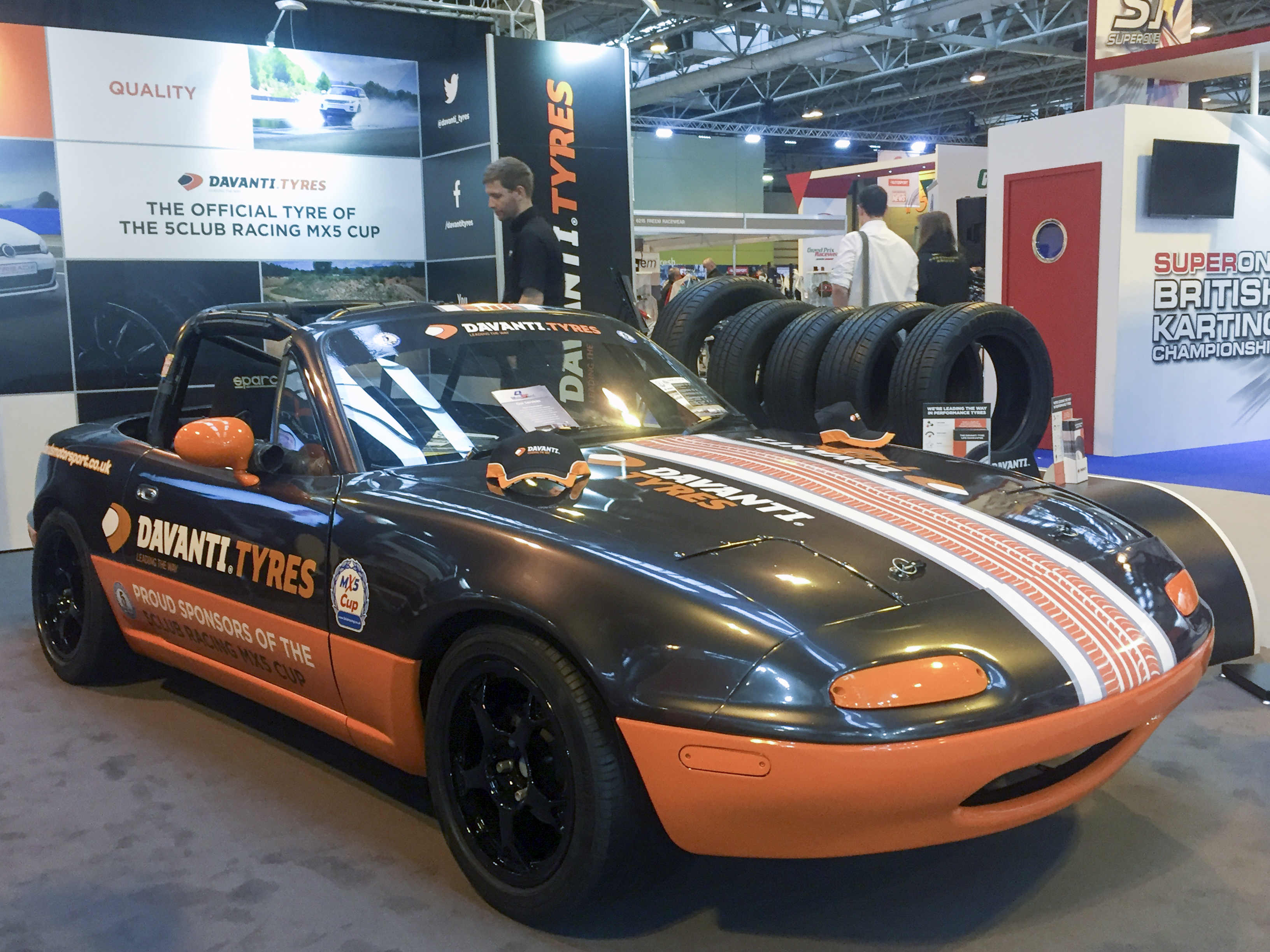 Davanti Tyres has become the official tyre sponsor of the 5Club Racing MX5 Cup for the 2017 and 2018 seasons. The series is described as a favourite among a growing number of car enthusiasts. Davanti will supply its DX390, while cars will carry Davanti branding as part of the agreement.

Alyn Robson, founder of 5Club Racing and the MX5 Cup, states: “After hearing about Davanti Tyres, I fitted some on my own road car and was so impressed at their overall performance that we tested some on the MX5s and found them to complement the handling extremely well. With the excellent performance of the new Davanti Tyres, I fully expect that some lap records will fall in 2017.”

Established in 2012, the MX5 Cup is a tightly controlled one vehicle make series for the Mk1 Mazda Mx5 (’89 – ’97 B6 1.6l 16v engine) and a race series that puts the focus on driver ability being fun and good value. In 2017 the MX5 Cup will have more than 20 events on many prestigious UK circuits including Brands Hatch, Thruxton and Donington Park, and will even include a trip abroad to the Zandvoort circuit in the Netherlands. Each event will see 30 to 40 cars lining up on the grid. With every race car sporting Davanti branding, the MX5 Cup will heavily highlight  the Davanti brand across all the press, spectators and TV at events to the many cars being transported on open trailers for all the other road users to see.

Sean Maddocks, Davanti Tyres sales director to the UK and Ireland adds: “Davanti was launched less than two years ago and our performance portfolio is starting to speak for itself. Between all the extensive testing at IDIADA, our new partnership with the AIA Racing School in Portugal and the MX5 Cup, Davanti is extensively proving to be a respected competitor for the more established premium and mid range brands. This is only the start so you can expect to see a lot more of Davanti in 2017 and beyond.”