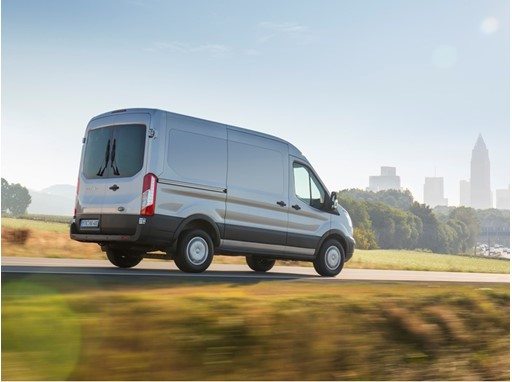 Goodyear has released a new light truck tyre that the company says can offer 10,000km more mileage than before. The successor to the Goodyear Cargo Marathon light truck tyre, Goodyear EfficientGrip Cargo reportedly enhances fleet mileage by up to 10,000km, improves fuel efficiency and offers enhanced grip, especially in wet conditions. 28 sizes will be available by May 2017, covering then 82 per cent of the market.

Goodyear has launched the EfficientGrip Cargo across the European, Middle-Eastern and African (EMEA) markets. The idea is that, with fuel efficiency and increased mileage becoming even more important for drivers and fleet (according to a TGI TMS Consumer Segmentation, study realized in Germany, South Africa, France – in 2014), there is the need for a light truck tyre that meets these demands thanks to its new silica compound and improved tread wear performance.

According to Goodyear, the EfficientGrip Cargo makes the improvements its does based on two innovations: The introduction of a new silica tread compound increases the tyre’s wear resistance and enhances grip in wet conditions. And the re-designed tread pattern optimizes stiffness of the tyre and distributes pressure more evenly in order to provide more rubber on the road. The result is up to 10,000km more mileage compared to the predecessor product, according to a Goodyear internal test. This test, run on Renault Masters, was conducted in September 2015 using 215/65R16C 109T tyres. The conclusion obtained after a 38 407 km run was that the new tyre gained 9,323 km (front) and 22,320km (rear) of estimated final mileage difference.

By using a stiffer base-compound and creating a cool cushion layer, the tyre reportedly generates less heat compared to its predecessor, which is said to result in 18 per cent lower rolling resistance based on an internal EC Rolling Resistance test measuring relative performance difference between 215/75R16C 113/111R Goodyear Cargo G26 and Goodyear Efficientgrip Cargo (2015).

Martijn de Jonge, brand director Consumer PBU EMEA: “The new EfficientGrip Cargo provides what light truck fleet needs most: a cost-effective tyre that lasts longer. Spending most of their time on the road a lot, light truck drivers value high mileage. Also, considering the length of their journeys, fuel efficiency is essential to meet their economic and environmental requirements.”