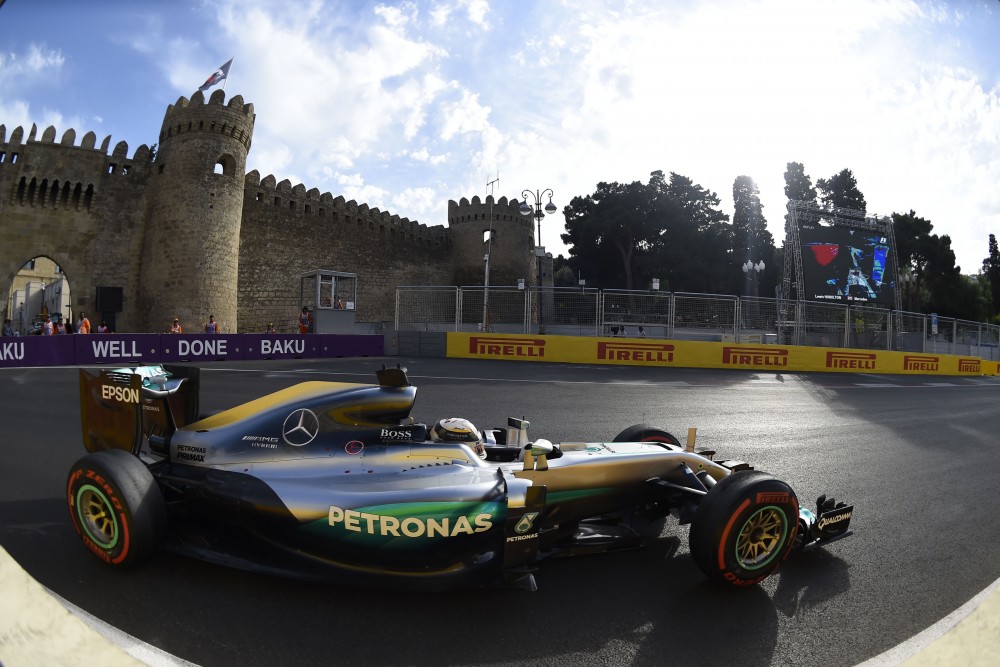 It was plain sailing for Mercedes’ Nico Rosberg at Baku, Azerbaijan

Nico Rosberg piloted his Mercedes to a convincing win at the first grand prix in Azerbaijan. The championship leader started from pole and stopped just once, passing from supersoft to soft tyres, without ever losing the lead. While some cars were forced to stop twice due to the higher than expected temperatures, Pirelli said that tyre degradation was lower than expected. The top six finishers all started on the P Zero Red supersoft, stopping once to change to the P Zero Yellow soft tyre between laps 8 and 21. These soft tyre stints therefore lasted up to 43 laps, the number achieved by Ferrari’s Kimi Raikkonen.

Alternative strategies were not as successful, though Force India’s Nico Hulkenberg, who started on the soft tyre, finished ninth after starting 12th on the grid. The best placed two-stopper was Red Bull’s Daniel Ricciardo, who used all three compounds nominated for Azerbaijan – supersoft, soft and P Zero White medium – which was also his teammate Max Verstappen’s strategy.

Paul Hembery, Pirelli motorsport director, stated: “The Baku grand prix contained a number of surprises; firstly with track temperatures still in excess of 50 degrees after one third of the race, and with very little drop in temperature throughout. And secondly because the much-anticipated safety cars never materialised. As expected, it was a one-stop race for the winner, with quite high wear and low degradation despite the long lap length and very high top speeds. We saw a number of different strategies being tried, including some very long stints even on the supersoft, which was key to Nico Rosberg’s victory on this spectacular track.” High temperatures for the grand prix in Baku, Azerbaijan meant the P Zero Red supersoft tyre was less effective than the Yellow soft, which was used for long second stints by the leading cars

National Tyres and Autocare board approves leases for 10 new branches