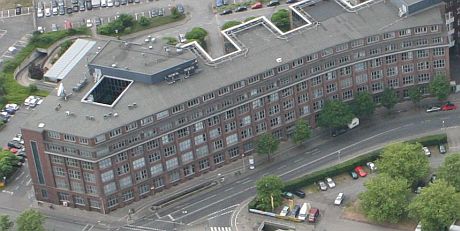 In recent months Continental AG has been evaluating potential sites for its new headquarters, and has examined plots in Hannover and the nearby town of Garbsen. The company now shares that it is favouring the location near the ‘Pferdeturm’ in Hannover as the site for its future headquarters. Continental says it has officially entered concrete, detailed negotiations to this end with the city of Hannover.

Two particular sections of land, one north and one south of Hans-Böckler-Allee, are in Continental’s acquisition sights. The sections have a combined area of approximately 37,600 square metres. Should the headquarters be built there, the plan is for the buildings on the two sections to be linked by a road overbridge.

“After examining various offers of potentially suitable plots in Hannover and Garbsen, we opted for the two vacant areas near the Pferdeturm in Hannover,” says Continental Executive Board chairman Dr Elmar Degenhart. “We are planning to build our new headquarters there in the form of a modern construction with a campus-style design that is a striking feature for both the city and our company and facilitates communication. We will also have sufficient reserve space there, which will offer further development potential for the future.

“Perfectly acceptable, brilliantly thought-out, and highly competitive offers from Hannover and Garbsen were submitted to us – both of which would have been worthy winners, as the representatives from both the city of Hannover and the town of Garbsen showed an extraordinarily high level of commitment,” Degenhart adds. “We are extremely grateful to both administrative bodies for this.”

The tyre maker and automotive supplier’s decision to remain in Hannover must certainly be a weight off the city council’s shoulders. Hannover mayor Stefan Schostok states that “Continental and Hannover belong together in the future as well.” He adds: “The city’s administrative body was able to offer Continental the best possible location during a highly professional selection process. We will provide professional support in terms of design and construction for all further steps in the creation of modern Continental headquarters in Hannover with an interdisciplinary project team.”

Elmar Degenhart shares that Continental decided in favour of Hannover after carefully weighing up all advantages and disadvantages, based on criteria such as cost, transport links and administrative support. While he concedes that “the plots in both places were more or less on a par in this regard,” he notes that the site in Hannover offers a greater degree of planning security than that in Garbsen, and this is the factor that ultimately proved decisive.

This Pferdeturm option will now be substantiated by means of further negotiations. The important issues for this were initially laid down in writing by Continental and the city in a memorandum of understanding between both parties. In keeping with this, the transport links, the provision of support in conducting an architectural competition, the creation of an innovative structure over the road to connect the two plots, a binding schedule and the concrete project execution are just some of the issues to be broached in the up-and-coming discussions.

Both parties hope to conclude their negotiations by the end of the year. The transfer of ownership is planned for the first quarter of 2017, and the move to the new headquarters is to be completed in 2020. Continental expects its capital expenditure for the complete project to reach into the high double-digit million euro range.