You are here: Home1 / News2 / Motorsport3 / Michelin to unveil endurance tyres at 6 Hours of Silverstone

Michelin to unveil endurance tyres at 6 Hours of Silverstone 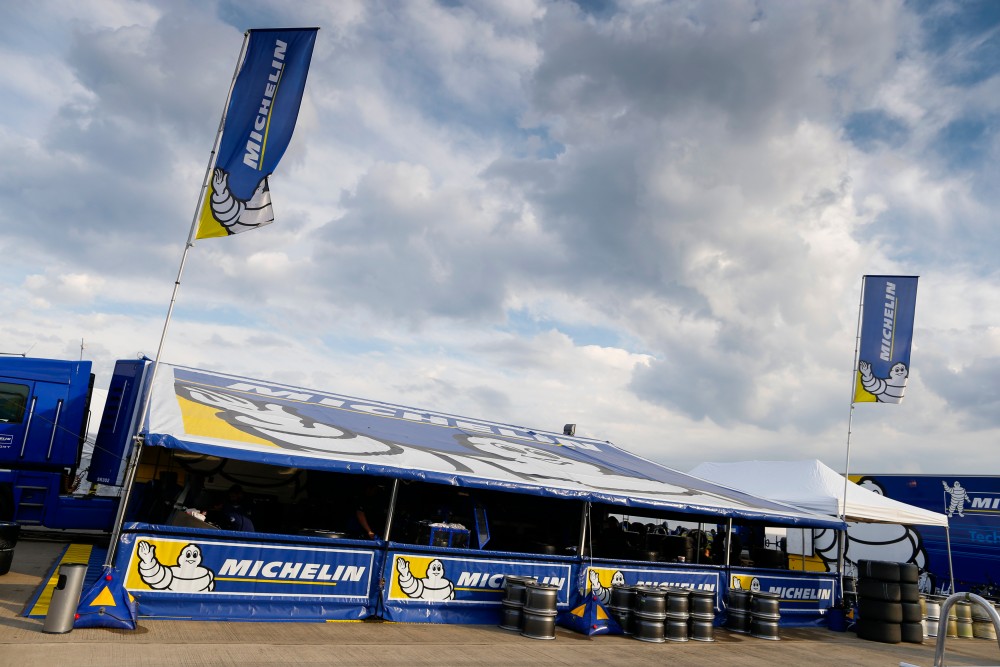 The FIA World Endurance Championship 2016 season begins with the 6 Hours of Silverstone, and will be the first at which Michelin Motorsport’s newest endurance slicks will be used. The tyre supplier said it has focused its efforts for 2016 on the development of products for its LM P2 partners; the tyres were tested pre-season test at Le Castellet, France, last month. Michelin added that some changes have also been made to its wet tyres.

The British round of the WEC (and European Le Mans Series (ELMS), which precedes the global event, and for whose LM P3 class Michelin is the exclusive tyre supplier) is frequently marked by varying conditions and cold temperatures, making tyre choices a complex exercise for the teams and drivers. Anticipating shifts in the weather is always a big part of this. Michelin’s partners will be able to choose tyre compounds from: soft ‘cold weather’, soft ‘hot weather’, Michelin hybrid intermediate, wet, and full wet.

Michelin’s new LM P1 range is the result of close working relationships between Michelin engineers and Toyota Gazoo Racing (where there is a V6 engine for the TS050 Hybrid instead of the former V8, plus a new energy recovery system), Audi Sport Team Joest (revised aerodynamics and a new body design for the R18), and Porsche Team (revised power distribution for the 919 Hybrid after the introduction of new regulations that cap power output at 1,000hp).

“We have a range of six tyres for the LM-P1 cars,” notes Jérôme Mondain, manager of Michelin’s FIA WEC programme. “They have been adjusted to match changes to the technical characteristics of our partners’ cars. We focused on taking on-board the new constraints we face this season while at the same time taking performance forward. Such high-performance racing cars necessitate a long process of close collaboration.

“After the Prologue, a programme of private tests with our three LM P1 partners will allow everyone to fine-tune their respective packages ahead of this year’s opener at Silverstone.”

All the LM P1 front-runners race on Michelin tyres and the combination of changes to the cars and the French company’s own development programme has led to modifications to the construction and tread compound. Each tyre is the same size (31/71-18) front and rear, while each car has a quota of six sets for the race.

The arrival of the Ford GT, the launch of the new Ferrari 488 GTE and big changes for the Porsches promise an even closer fight in LM GTE Pro.

“As in LM P1, we have worked hard with our LM GTE Pro partners,” says Jérôme Mondain. “There is a mix of all-new and significantly improved cars, so we have focused on different areas to improve the performance of our tyres as races progress and also adapt them to the different cars. As in LM P1, this entailed working on the construction and compounds. Our LM GTE Pro range features three slicks and two tyres for wet weather.”

The LM GTE Am cars will use the tyres developed in 2015 for the LM GTE Pro cars. For the 6 Hours of Silverstone, Michelin’s partners will be able to choose from: medium ‘cold weather’, medium, medium ‘hot weather’, wets, and full wets. As in LM P1, these compounds offer ideal operating windows to cover the different spreads of temperature without detracting from their versatility. The allocation per car is four sets for free practice, plus six for qualifying and the race.