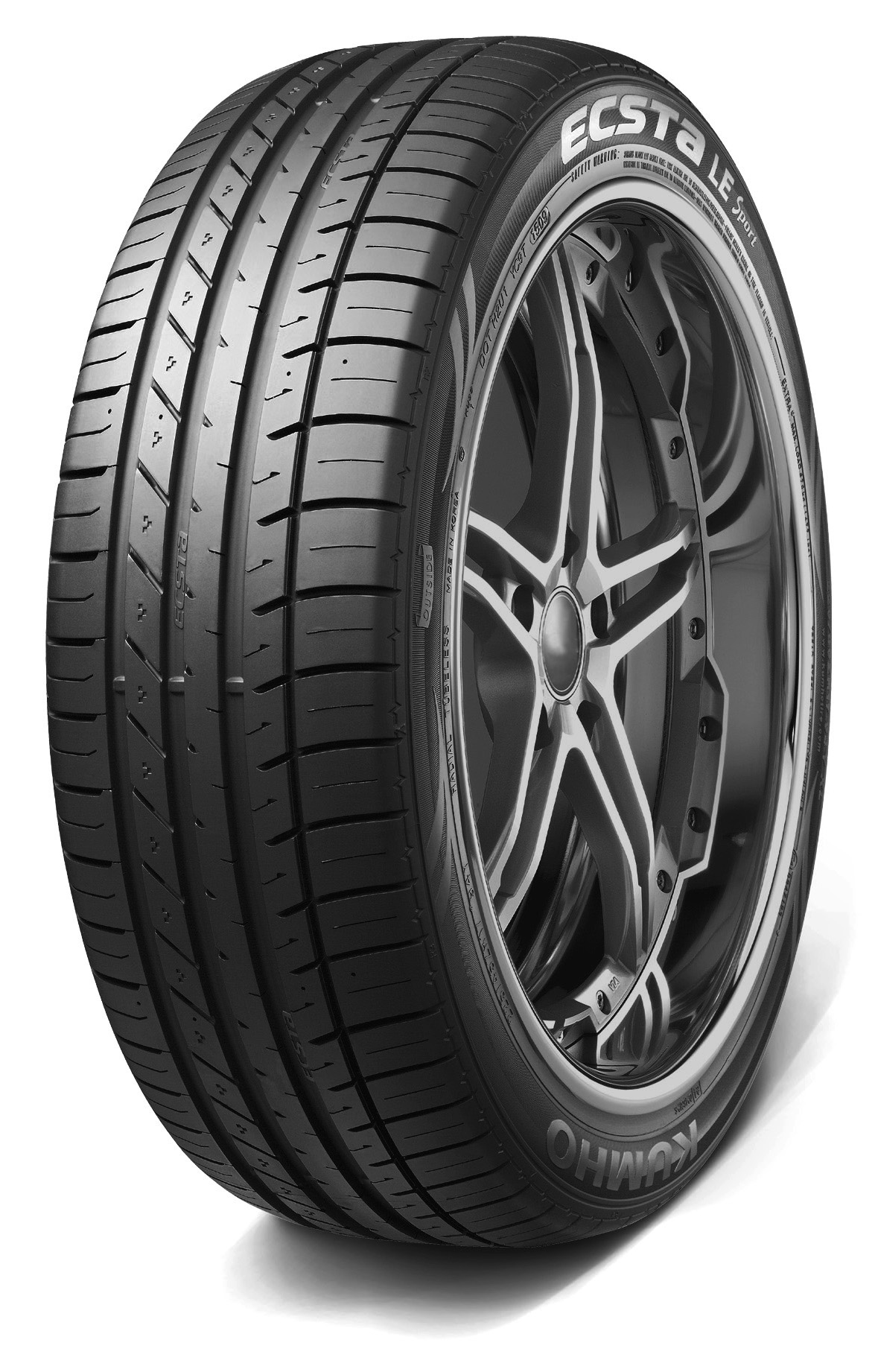 Supported by the manufacturer’s increased original equipment business and its motorsport activities, Kumho’s car tyre range has been reviewed well in the latest round of magazine testing, Its latest high performance product, the Ecsta HS51, was awarded the ‘Recommended’ rating by the highly-regarded German consumer magazine, ACE Lenkrad, for example. The HS51 won the plaudits of the publication for its ‘strong wet road performance’, having scored the highest marks of all 12 tyres on test when it came to the event’s aquaplaning and wet braking challenges. The HS51 was beaten overall only by products from Goodyear, Continental, Dunlop and Pirelli.

The tyre features a solid rib-type design for improved wet road braking, four circumferential grooves for increased water displacement, and wide lateral grooves for enhanced wet weather steering. HS51 is the replacement for the Ecsta KH31 and is available for 15 to 18 inch rims, in widths from 185 to 245mm, and V and W speed ratings.

Kumho’s Ecsta Le Sport KU39 is an asymmetric high performance tyre designed for Europe’s top car marques, and was developed using the latest KADAS prediction tools and on Europe’s most demanding test tracks. The Y speed rated product’s key selling points are its enhanced performance, braking in wet conditions and controlled ride. Its tread compound increases traction and braking performance, while its specially-designed casing provides impressive high speed stability. The tyre is available in over 50 sizes from 16 to 20 inches, most with extra load capability.

The Ecowing ES01 KH27 high performance summer tyre aims to provide increased fuel efficiency and quiet, smooth running. It offers optimised rolling resistance with minimal sidewall deformation and high dispersion silica; a stiff apex and rim flange for better handling and controllability; and three wide tread grooves for superior wet grip. It is available in more than 70 fitments for small and medium-sized passenger cars, with further options to be added in 2016.

Kumho’s European OE activities began with the Volkswagen Polo in 2003, and the manufacturer states this is currently growing “at an unprecedented rate”. Recent supply deals include Volkswagen, Mercedes-Benz, BMW and Fiat Chrysler models. Kumho’s street-legal competition tyre, the V70A, is supplied in lower volume to the BAC Mono single-seater track-day car. This sporting pedigree has been developed through such series as the Touring Car Championship in China, the Zandvoort Masters of F3, and the UK’s BMW Saloon Car Championship, for which it is the sole tyre supplier. It is also active in national rally championships.

These experiences are considered an integral part of Kumho’s global R&D activity, with the car tyre range benefiting directly, the company states.