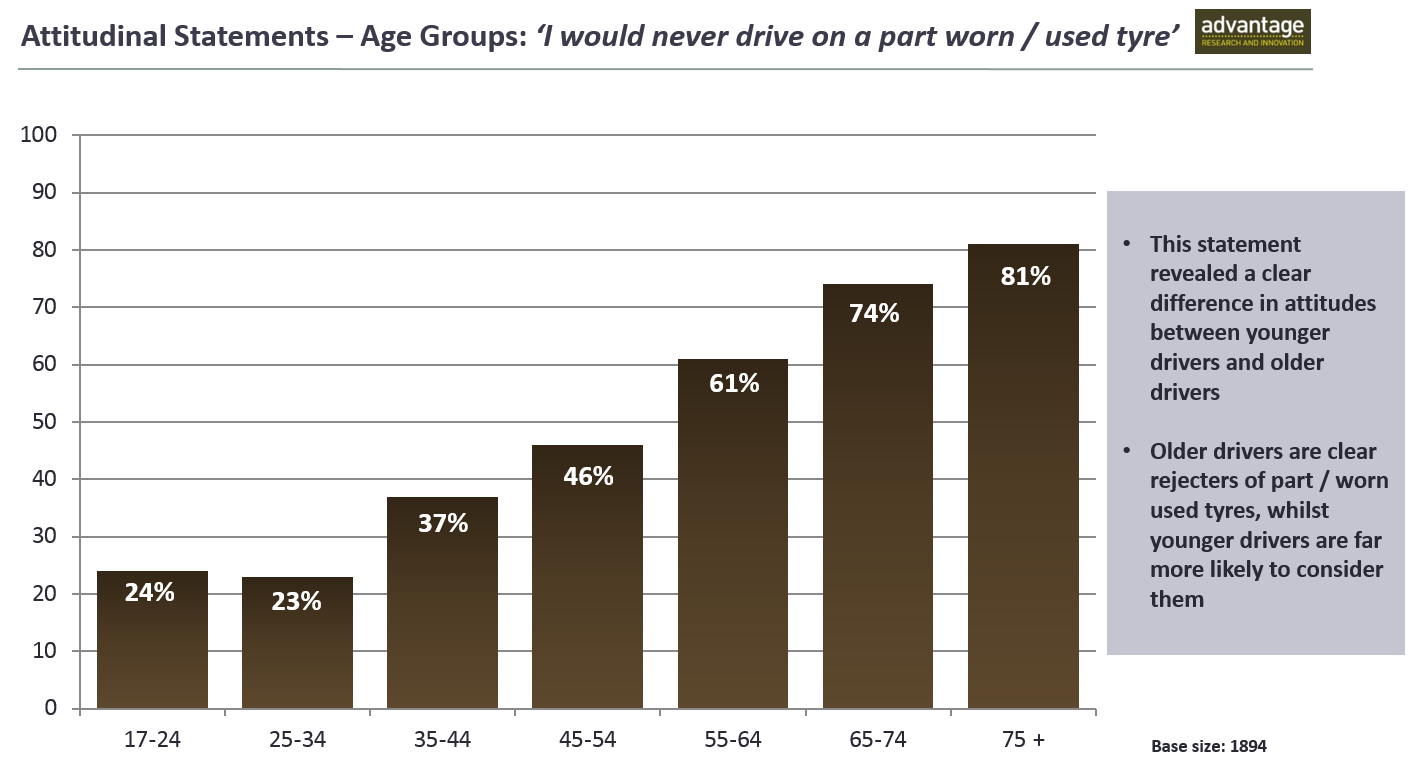 The study, by Advantage Research and Innovation, surveyed more than 4000 UK car drivers who had purchased tyres in the past 12 months to October 2015, aged from 17 to 84. The research showed an increased acceptance of used or part worn tyres as a safe and cost-effective option among respondents aged between 17 and 34, in contrast to the older age groups, where the vast majority would not consider driving on used or part worn tyres.

When asked to select from a number of attitudinal statements to quantify views on used or part worn tyres, the majority of those aged over 55 identified with the statement “I would never drive on part worn tyres”. In contrast just 24 per cent of 17-24 year olds and 23 per cent of 25-34 year olds selected the same statement to describe their view on used tyres.

Commenting on the findings Craig Sprigmore, retail director at HiQ, said: “These are really worrying statistics. We know that the safety of used or part worn tyres is far from guaranteed. An investigation by TyreSafe and the National Tyre Distributors Association, in conjunction with Trading Standards, back in 2014 found that of more than 800 part worn tyres bought in a mystery shopper exercise, 97 per cent had not been marked as “part-worn” – which is required by law – and more than a third were faulty or damaged and shouldn’t have been offered for sale.

“…There is always the temptation of the cheaper option, but in fact part worns are a false economy – on average a part worn tyre will cost you £6.33 per mm of useable tread, whereas a comparable new tyre will cost £5.32 per mm (TyreSafe).”

Sprigmore concluded: “Quite often the only time a driver will think about their tyres is when their car fails its MOT because of a faulty tyre. We’re trying to encourage two behavioural changes – firstly give drivers the tools to help them improve their own tyre care, and secondly, when it comes to having to buy a tyre, the safest option is always to buy new.”