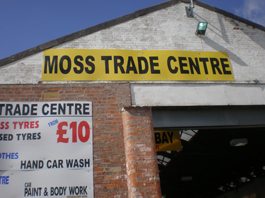 Luke McKenzie, who trades as Moss Tyres in Grantham, was found guilty on 16 accounts of being in possession to supply unsafe part worn tyres

Lincolnshire part worn tyre retailer Luke McKenzie faces up to 12 months in prison along with a £20,000 fine after being found guilty of supplying unsafe part worn tyres to the public. The jury at Lincoln Crown Court unanimously found defendant Luke McKenzie, trading as Moss Tyres in Grantham, guilty on 16 accounts of being in possession to supply dangerous products, namely unsafe part worn tyres, to consumers after one hour’s deliberation. McKenzie also pleaded guilty on two other accounts – one account of supplying a spare tyre of the incorrect size during a Trading Standards test purchase operation; and one account of providing false information stating that that tyres fitted by the business had been balanced when they had not.