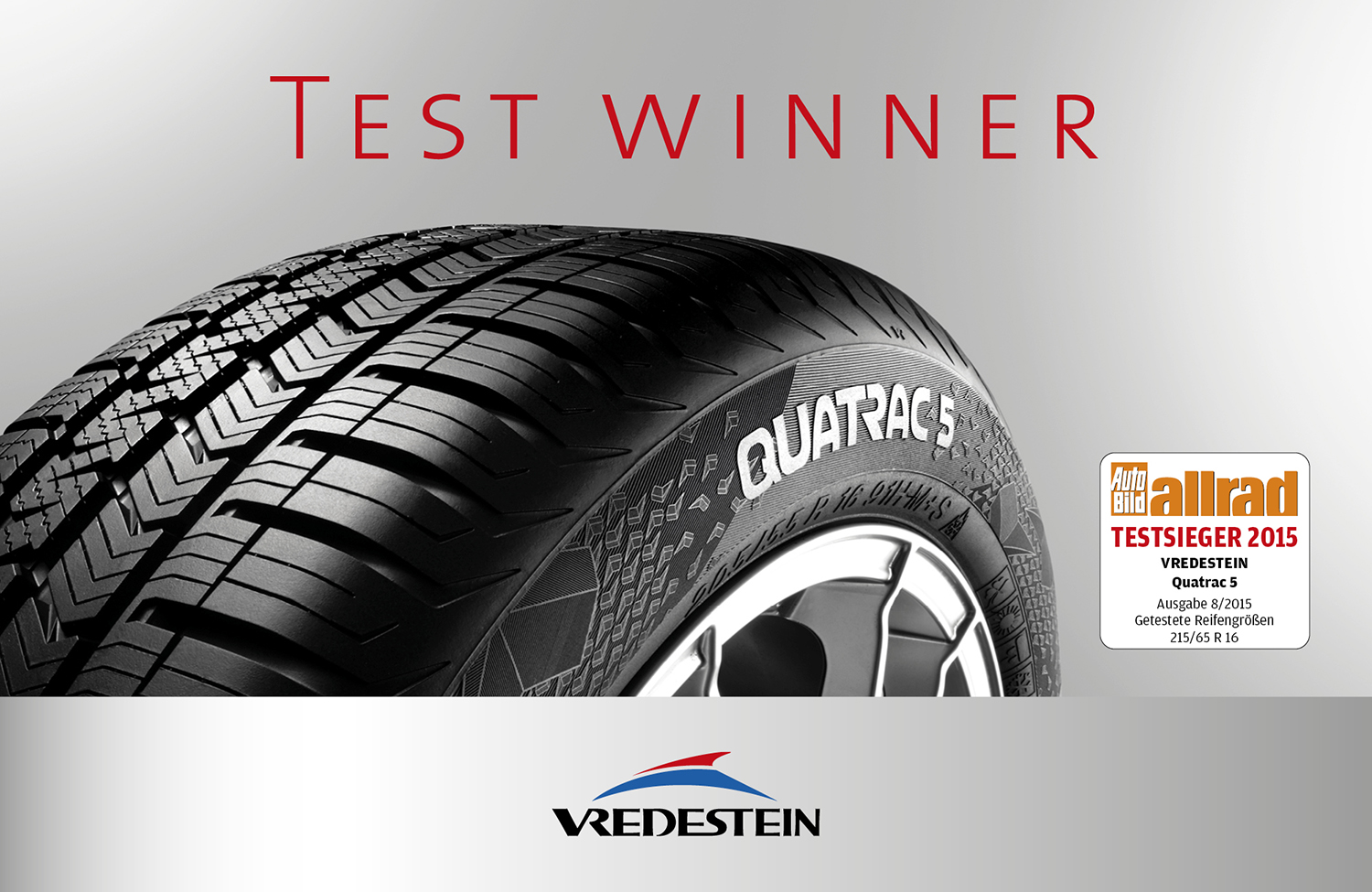 Apollo Tyres says the Vredestein Quatrac 5’s victory in the all-season tyre test published by Auto Bild Allrad this month shows the level of research and testing it puts into the development of its products. In its test of six size 215/65 R15 SUV tyres, the German motoring magazine described the Vredestein Quatrac 5 as “outstanding in the snow” while demonstrating “respectable grip on dry and wet roads” and “very low rolling resistance”. With a score of 2618 N (Newton) traction on snow, the Vredestein all-season product was judged to be “virtually on par with genuine winter tyres.”

“These independent test results are a testimony of the enormous amount of research and hundreds of thousands of test kilometres which the company has put into the development of this tyre,” states Apollo Tyres’ chief technology officer, Dr Seshu Bhagavathula. “Such test results help ensure that the Vredestein Quatrac 5 becomes the benchmark in the four-season segment.”