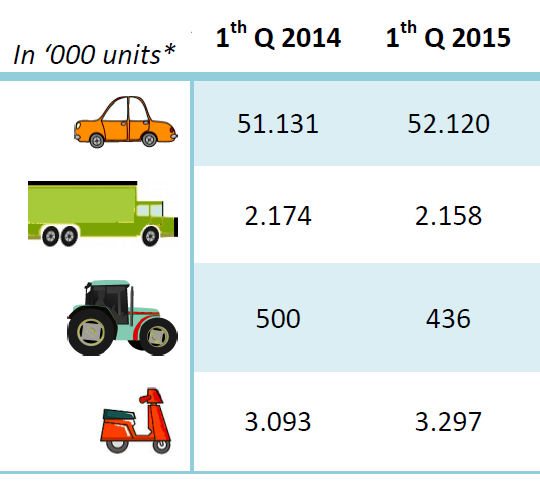 The association representing tyre manufacturers in Europe says its members experienced “mixed results” in the region’s replacement market during the first quarter of 2015. While companies belonging to the European Tyre and Rubber Manufacturers’ Association sold more passenger car tyres (up 1.9 per cent to 52,120,000 units) and motorcycle tyres (up 6.6 per cent to 3,297,000 units) in the first quarter of 2015 than a year earlier, both truck and agricultural tyre sales were down compared with the corresponding period in 2014; ETRMA members’ truck tyre sales decreased 0.74 per cent to 2,158,000 units and agricultural tyre sales dropped 12.8 per cent to 436,000 units.

Association secretary general Fazilet Cinaralp commented that “the most noteworthy results probably regard truck tyres, whose sales started decreasing in mid-2014.” Ms Cinaralp added that this trend is continuing in the current year. “At the same time, imports for this segment in the same period to the EU, and in particular from China, have increased markedly over the last 12 months and continued to increase in January 2015.”