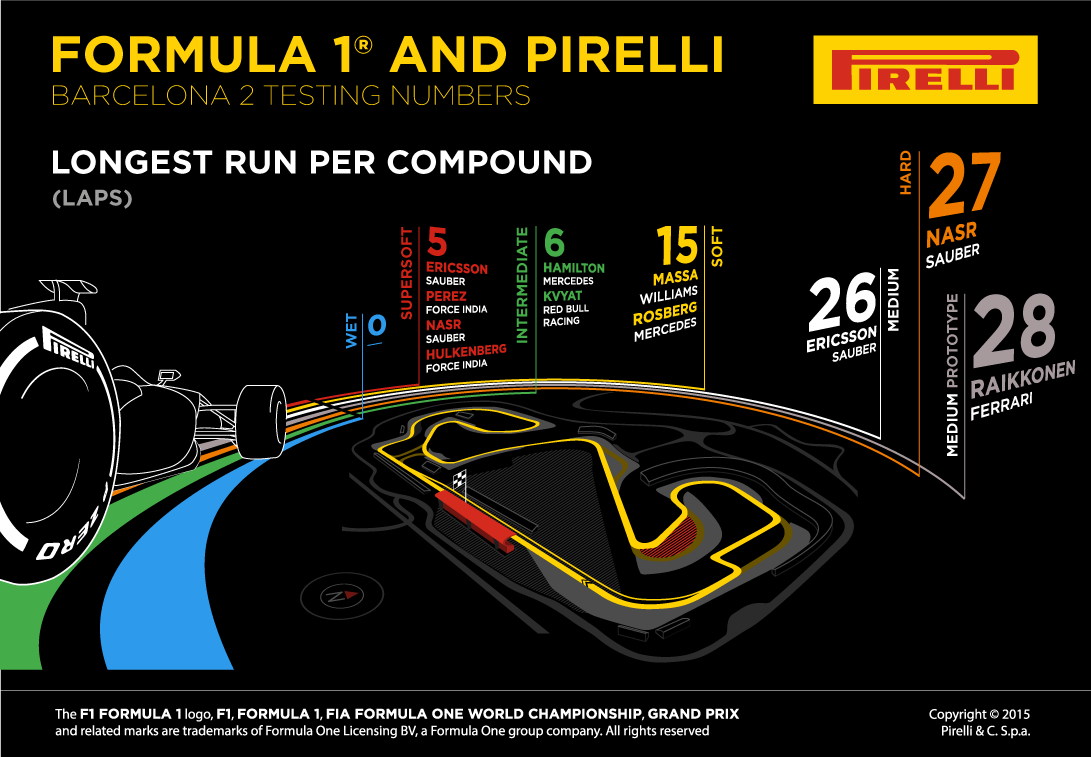 Formula One has completed its pre-season testing schedule, with Pirelli’s P Zero and Cinturato tyres improving lap times by one-to-two seconds. The full range of P Zero slick compounds was tested at Barcelona, and while the Cinturato Blue full wet was unused, the Cinturato Green got some limited track time in brief rain showers. Pirelli Motorsport director Paul Hembery believes that most of the teams “are already well-prepared for the season ahead,” compared to 2014, with “significantly quicker” cars likely to become even faster in hotter track conditions when the season starts.