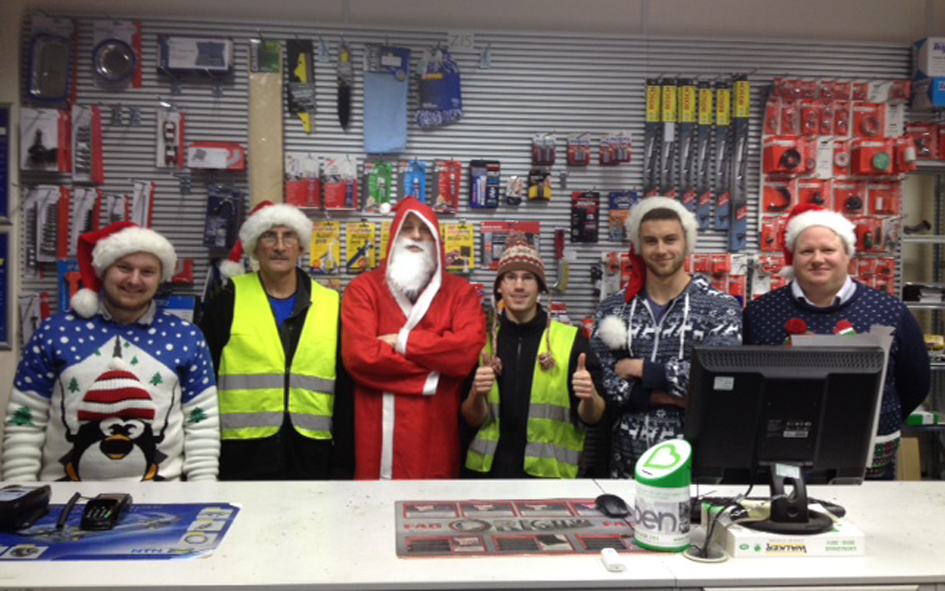 Euro Car Parts has announced a partnership with automotive industry charity, BEN. The initiative was launched internally at the company back in August when the new Thurrock branch was opened by MP Jackie Doyle-Price. According to the company, this is the first time in ECP’s history that the entire company has backed one charity with the partnership running through to 31 October 2015.

With a network of over 200 branches, and over 8,500 employees, each ECP branch and division is committed to raising funds for BEN over the 12 month period. To achieve this target, ECP has also committed to a Payroll Giving programme and, in conjunction with BEN, are rolling out a 12 month communications plan to extend awareness to the whole workforce and throughout their supplier and customer network.  To kick things off, the company has already started adding BEN’s logo to its large fleet of vans.

Martin Gray, CEO of Euro Car Parts, said: “BEN is a phenomenal charity and are genuinely “unsung heroes”, particularly in the independent (motor trade) sector.  We are committed to help raise their profile and champion their crucial role through leveraging the Euro Car Parts 200 plus branch network both locally and nationally.”

Commenting on this new partnership, Nigel Rothband, BEN’s chief operating officer said: “For us this is a perfect opportunity because Euro Car Parts is a growing business and they recognise that BEN exists to support our automotive community.“