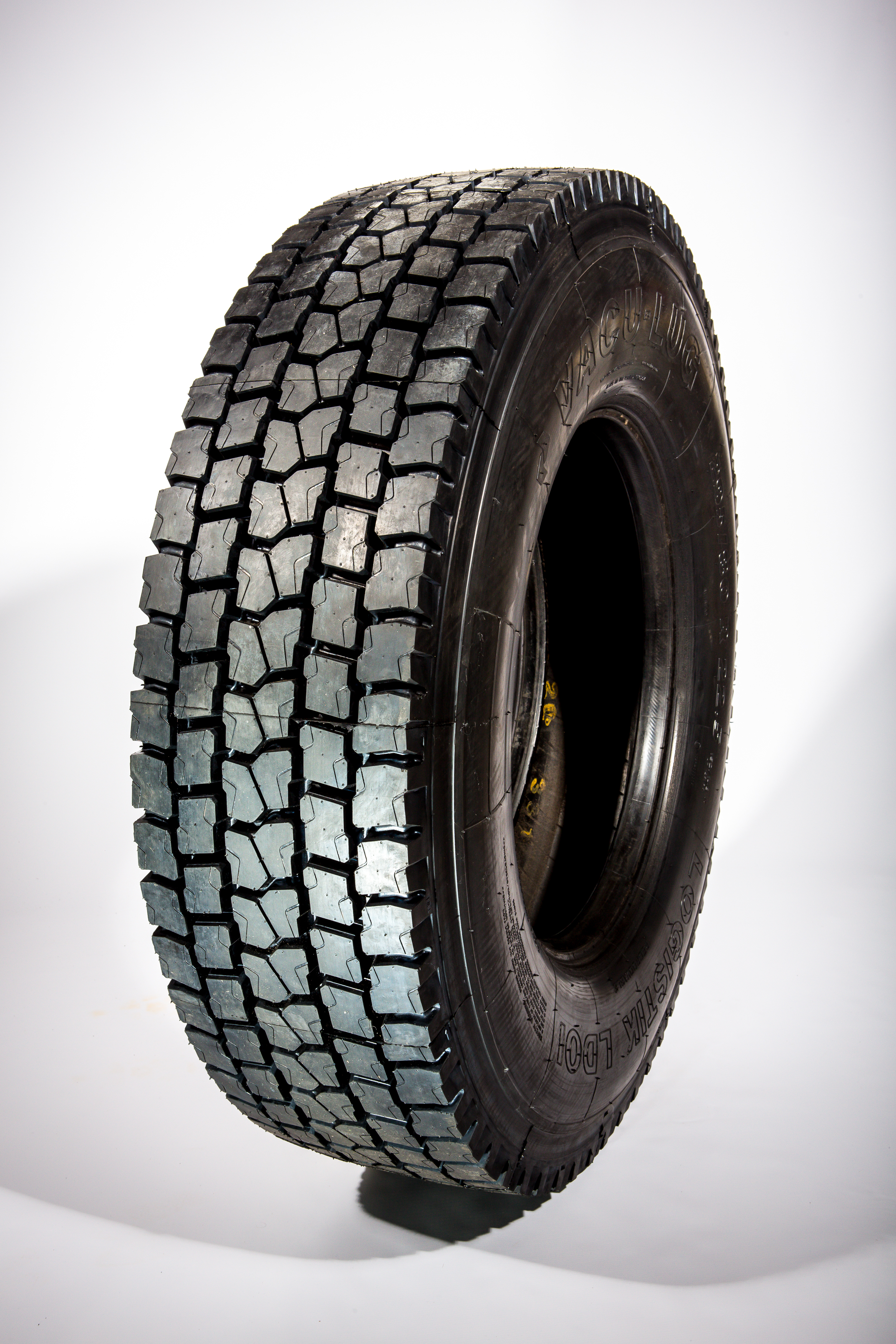 Vacu-Lug Traction Tyres has launched the first in its new flagship range of commercial vehicle drive axle tyres, inspired by the latest production techniques and technologies used in aircraft and high-performance tyres. According to the company, the Vacu-Lug Logistik range is designed to offer operators the “very, very lowest costs per kilometre”.

Plant Manager Brian Barron said:  “With this latest development of our drive axle tyres, we looked outside of the envelope of current truck tyre production to see what was setting the benchmark. Asking ourselves constantly how we could do things better and what was being done by those at the top end of today’s tyre production. Leading the way were the technologies used by aircraft and high-performance tyre manufacturers so we adopted their methodologies and put them into our truck tyre technology.”

One technique centres on increasing the traditional retread press of six segments to 12 segments. Barron is not aware of any of Vacu-Lug’s competitors currently using that number: “Some of our other competitors are at 10…so far as I’m aware, and I think we are the only one with 12 at the moment”.

The advantage of moving to 12 segments is a significant increase in true roundness and hence the ability to use “every mm of tread depth throughout the tyres’ rolling circumference” available.

Vacu-Lug therefore believes it is ahead of the game on technological advancements when it comes to tyres but also in terms of its compound sourcing. Barron points out that they work with world-leading custom compounders supplying a global customer base.