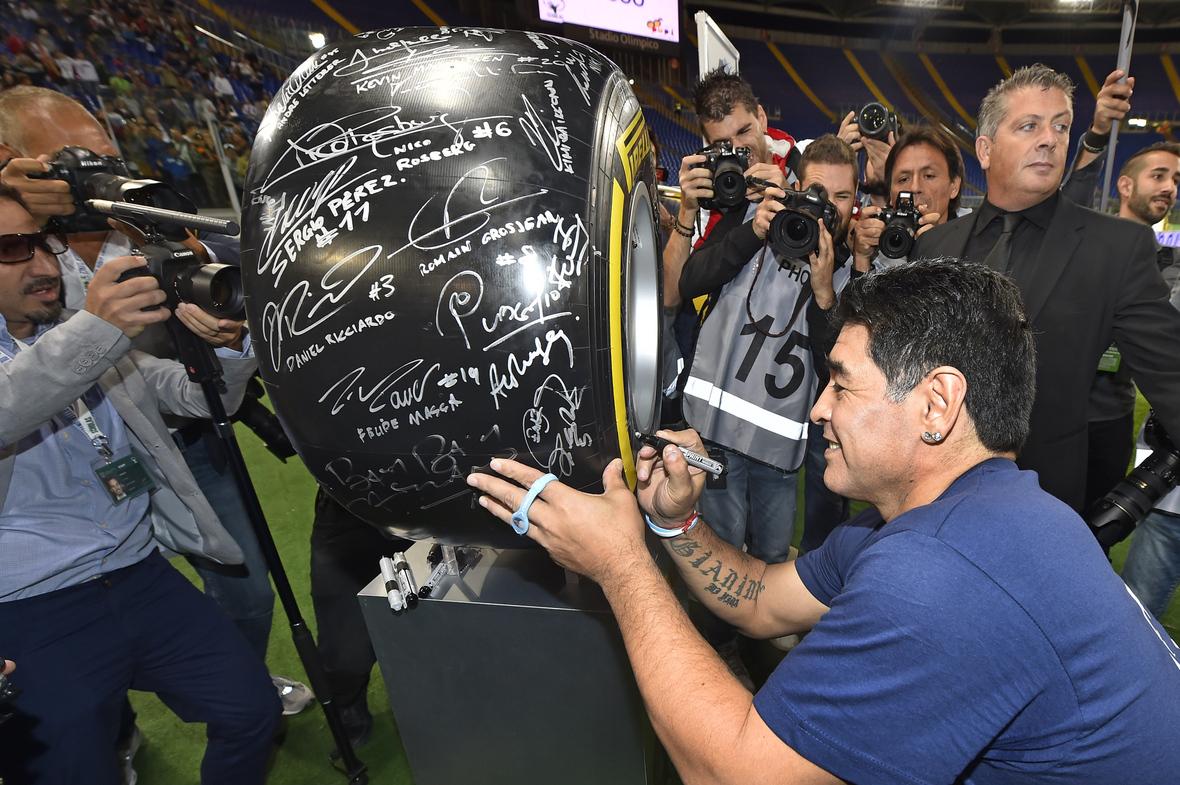 Formula One’s drivers were joined by some of the world’s leading names in football as signatories on the Pirelli competition tyre auctioned on the Fondazione PUPI’s Ebay channel. On the occasion of the Inter Religious Match for Peace at Rome’s Olimpico stadium yesterday, the tyre was signed by Diego Maradona, Ezequiel Lavezzi, Andrea Pirlo, Andriy Shevchenko, Alessandro Del Piero, Luigi Buffon, Ivan Zamorano, Samuel Eto’o and Javier Zanetti.

The P Zero Yellow soft Formula One tyre was already autographed by the leading drivers from all the teams at the Belgian Grand Prix, as well as by three time world champion Niki Lauda. Proceeds from the sale will go to the Fondazione PUPI and to Scholas Occurrentes, which benefit underprivileged children.