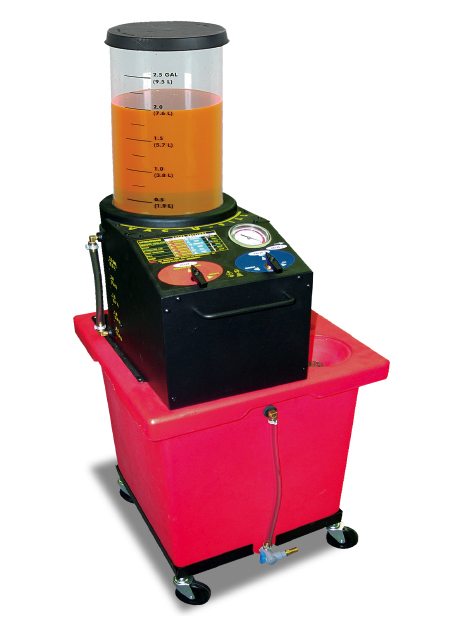 Randstad Ltd has launched a new TerraCoolant Exchange Machine into the UK automotive aftermarket, which quickly flushes and refills a vehicle’s cooling system.

As coolant becomes contaminated, it deteriorates and its additive package depletes. Scale and rust can form in the cooling system, which dramatically decreases the system’s ability to draw heat away from the engine. Old coolant also loses its ability to prevent corrosion.

Conventional drain and fill coolant exchangers can leave more than half of the old coolant in the system, so the new coolant is less able to protect against corrosion.

The new machine is compact for ease of storage and performs an efficient and profitable service as part of a preventative maintenance programme.

The new TerraCoolant Exchange Machine joins the Automatic Transmission Flush and Brake Bleeding Machine as part of a series of new workshop equipment launched throughout the UK.