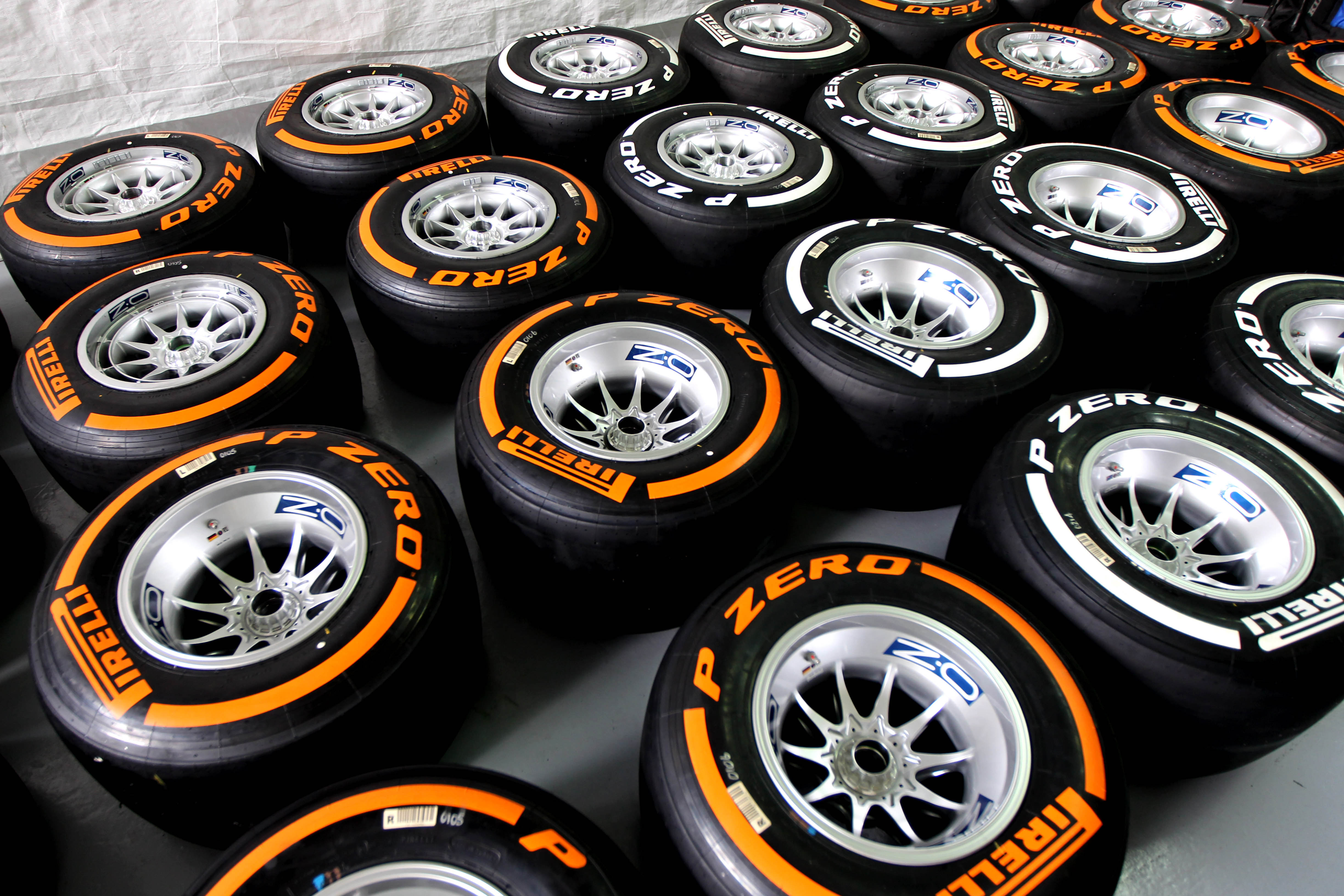 At this coming weekend’s British Grand Prix, Pirelli will deploy its two hardest tyre compounds in order to deal with the vagaries of English weather and the high energy loads experienced on the fast Silverstone track. The P Zero orange hard and P Zero White medium will thus be used at Pirelli’s “second home race”, which takes place less than an hour away from the company’s logistics hub in Didcot.

“Silverstone is one of the truly great venues of the year, which is steeped in history and always thrilling for the drivers and fans because of the high speeds involved,” commented Pirelli motorsport director Paul Hembery. “British fans are among the most knowledgeable and enthusiastic of the year: it’s absolutely fantastic to see them out in full force, whatever the weather. And the weather is always a talking point in Silverstone of course; in the past we’ve seen everything from bright sunshine to torrential rain. As a result, the ability to make quick strategy decisions based on real-time conditions is always very important, as you can’t necessarily rely on previous data. We’ve brought our two hardest tyres, which should be well suited to the conditions, and after the race we look forward to the final dedicated in-season tyre test of the year, from Tuesday to Wednesday. Ferrari and Marussia will be driving for us on the first day, with Red Bull and Lotus on the second day, as we continue our development test campaign.”

Pirelli consultant Jean Alesi added: “Silverstone is one of the real universities of Formula One, but the Silverstone of a few years ago was quite a different thing to Silverstone as it is now. Back then there were only about six corners in total, including some like Stowe that used to be taken at crazy speeds. Now it’s changed a lot: I’ve actually only driven the current configuration of circuit in GT cars. However, there is still scope for absolute driving on the limit in some places. The Becketts series of corners is still flat-out, as it always used to be, for example. You need a perfectly balanced car and tyres to enable you to make up those vital tenths of a second that are key to a good lap time, to maintain a good pace over what is a very demanding race. It’s more mentally rather than physically tiring, as the circuit flows quite nicely.

Pirelli says F1 teams tend to run medium to high levels of downforce at Silverstone to obtain the best possible cornering speeds through the first half of the lap, with its sequence of fast corners. These settings are not too much of a handicap on the straights, as they tend to be quite short – with short braking areas over the course of the lap as a whole. This can make it quite challenging to overtake.

Silverstone is a high-energy circuit, as the fast and flowing nature of the circuit means that the tyres are constantly subjected to different forces: sometimes several different forces at the same time. Lateral accelerations peak at 5g while the surface temperature of the tyres can exceed 110 degrees centigrade.

The Silverstone track is quite intensively used during the season, especially with the support races during the grand prix weekend, so track evolution is not as much as a factor as it is at some other circuits. The winning strategy last year was two stops. Sebastian Vettel completed two stints on the medium tyre before a final stint on the hard tyre, to win the race for Red Bull, from third on the grid.